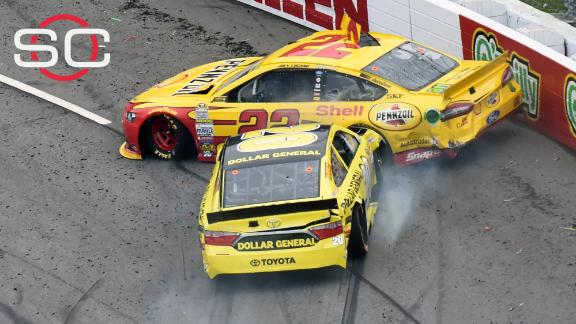 NASCAR has suspended Sprint Cup driver Matt Kenseth for two races after he wrecked leader Joey Logano with 47 laps remaining during the Goody's 500 on Sunday at Martinsville Speedway.

Joe Gibbs Racing will appeal the suspension, and there will be a hearing at 9 a.m. Thursday in Concord, North Carolina. If Kenseth loses the appeal to the NASCAR-appointed three-member panel, his final appeal to NASCAR Chief Appellate Officer Bryan Moss likely would immediately follow Thursday afternoon.

NASCAR will not defer the suspension pending appeal.

"The appeal will challenge the severity of the penalty, which is believed to be inconsistent with previous penalties for similar on-track incidents," JGR said Tuesday in a statement.

The crash appeared to be in response to an incident from two weeks earlier, when Logano turned Kenseth for the win with five laps remaining at Kansas Speedway, a move that eventually kept Kenseth from advancing to the third round of the Chase for the Sprint Cup.

Earlier Sunday, Kenseth had been involved in a wreck with Logano's Penske Racing teammate Brad Keselowski. In the second incident, Kenseth was 10 laps down when he drove Logano, the race leader at the time, into the wall.

"Based upon our extensive review, we have concluded that the No. 20 car driver, who is no longer in the Chase, intentionally wrecked the No. 22 car driver, a Chase-eligible competitor who was leading the race at the time," said Steve O'Donnell, NASCAR executive vice president and chief racing development officer. "The No. 20 car was nine laps down and eliminated the No. 22 car's opportunity to continue to compete in the race.

"Additionally, we factored aspects of safety into our decision and also the fact that the new Chase elimination format puts a premium on each and every race. These actions have no place in NASCAR."

If Kenseth loses the appeal, JGR would use development driver Erik Jonesfor Sunday's race at Texas Motor Speedway. Jonescurrently leads in the NASCAR Camping World Truck Series standings and drove one Cup race in place of the injured Kyle Busch earlier this year.

Kenseth also was put on probation for six months.

Both JGR and NASCAR officials said they would have no additional comment.

Although Kenseth's car was heavily damaged at Martinsville, NASCAR told his team not to repair it and that he couldn't return to the race, the first of the playoff's third round.

After the race, Kenseth didn't directly answer whether he turned Logano intentionally.

"The right front was dragging down there and probably should've went to the garage area and went into the corner there and, man, couldn't get it to turn and collected him," Kenseth said. "I know it's got to be disappointing for him, you know? It's a tough sport. Some days you're the bat, and some days you're the ball. I was the ball a few weeks ago, and I was the ball again today, so that part is never fun."

"What we're not going to do is take the style of NASCAR and parlay that into something where one driver or another believes the way to pay back somebody for something that happened is to take matters into their own hands," France said on SiriusXM Radio's NASCAR Channel "Morning Drive' show. "Obviously, we won't be accepting that. The most important thing is the way to pay drivers back is to race them hard. ... What happened on Sunday, that's not quite the way we would have liked to have seen that turn out."

"There's going to be contact, and there's going to be somebody who had a lot on the line, [such as] in Matt's case in Kansas, where you just simply get the absolute short end of the straw," France said. "And we hope that never happens, but that is going to happen."

Logano finished 37th Sunday. He is 28 points back of the current cutoff to be one of the four drivers eligible for the championship at Homestead-Miami Speedway, which means he likely will need to earn one of the automatic bids by winning either this Sunday at Texas or the following week at Phoenix.

The sanctioning body has been reluctant to suspend drivers in general for in-race retaliation and, even in the most egregious instances, has typically only issued a one-race suspension.

"We want to be as consistent as we can, but remember, this format is much different than it's ever been and there is more on the line [each race]," France said on SiriusXM. "We knew that when this format was developed, it would present some unique situations for drivers to take more chances and have to win in many cases -- and it would make the job of officiating the events much more difficult for us. ...

"At the end of the day, there is a real clear set of requirements to be a NASCAR driver and a set of rules, and we'll make sure to have a bright line whenever we need to."

Kenseth, the 2003 Cup champion who has had 12 wins the past three seasons, since replacing Logano at Joe Gibbs Racing, has 36 career wins in 577 starts. His streak of 571 consecutive starts, which would end if he misses Texas, is second among active drivers. Gordon, who will retire after this season, is first.

NASCAR also penalized Danica Patrick for retaliation against David Gilliland in the race. It docked Patrick 25 points, fined her $50,000 and put her on probation through the end of the season. 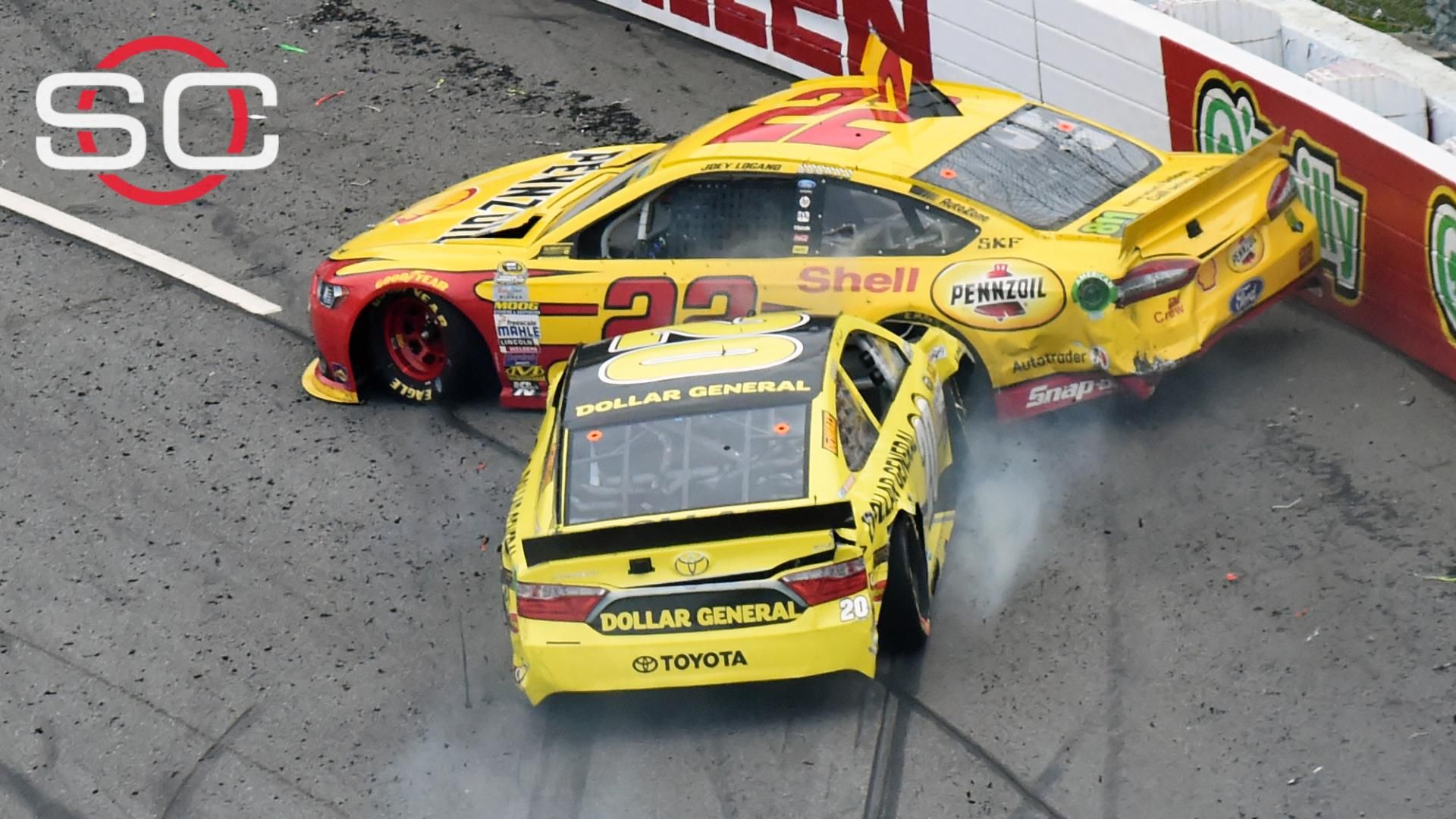