NBA: 2 errors made in Cavs' favor in last 2 minutes of Christmas game 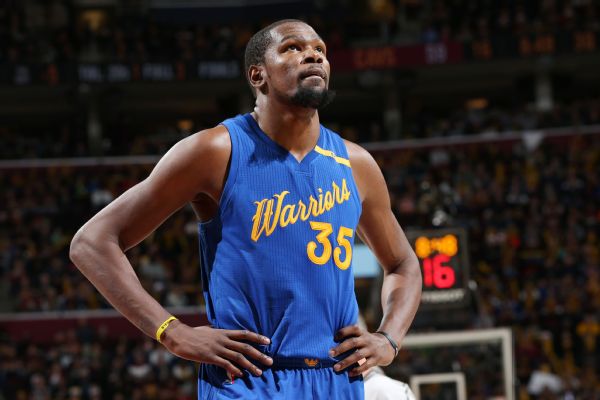 AUBURN HILLS, Mich. -- The Cleveland Cavaliers benefited from two missed calls in the last two minutes of their stirring 109-108 come-from-behind victory over the Golden State Warriors on Christmas Day, the NBA announced Monday.

According to the league, Richard Jefferson should have been called for a foul with 3.1 seconds left for making foot contact with the Warriors' Kevin Durantthat was determined to have affected Durant's rhythm, speed, balance or quickness on the play.

"There's a lot of fouls throughout the course of the game that don't get called," Cavaliers coach Tyronn Lue said before the Cavs played theDetroit Pistonson Monday when asked for comment on the league's determination. "It's a tough game to officiate -- the players we have, the way guys can draw fouls and contact. And so that was an incidental play at the end of the game.

"You don't want the game decided on two free throws at the end of the game. I didn't see [the foul]. There wasn't much contact to me. But to me, you come back and say that you made a mistake in the last two minutes of the game, I mean, that's on them."

The game ended with Durant missing a 34-foot 3-point attempt from the floor as time expired.

Durant later told The Undefeated,"I would've made that shot if he didn't trip me up. ... But they ain't calling it on him at their crib. It's not his fault. It's not the refs' fault, either."

Jefferson said he was innocent.

"We all think we're fouled on every play in every single game," Jefferson said. "That's why I say I know the referees have a very hard job. I switched to his body. It looked like he lost his balance. He was trying to regain his balance, and as soon as I saw him start to stumble, I ran off. I ran off so it wouldn't look like I was trying to pressure him more, so he didn't trip on my foot and it looked like I bumped him -- nothing.

The league also determined that LeBron James' dunk with 1:43 remaining, which put the Cavs up 105-103 and gave them their first lead since the first quarter, should have resulted in a technical foul for "deliberately hanging on the rim" after the dunk was completed.

James said after the game he had extra motivation to finish the dunk over Draymond Green because Green fouled him and sent him sprawling to the floor in a similar circumstance in Game 7 of the NBA Finals in June.