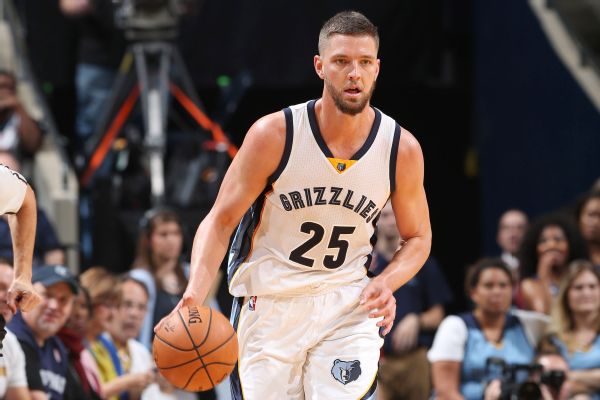 The NBA, citing concerns about provoking exchanges between players that could damage the league's reputation, issued a memo to all 30 franchises this week emphasizing rules prohibiting "mocking and/or ridiculing" opponents or officials by official team social media accounts.

"While we understand that the use of social media by teams, including during games, is an important part of our business, the inappropriate use of social media can damage the reputation of the NBA, its teams and its players," NBA deputy commissioner Mark Tatum wrote in the memo obtained by ESPN. "Recently, social media postings (e.g., on Twitter) by some teams have crossed the line between appropriate and inappropriate. In addition to other concerns, such conduct by teams can result in 'Twitter wars' between players that can cause further reputational damage and subject players to discipline by the League.

"As a result, we want teams to be aware of the NBA's rules with respect to the use of social media by teams. As with in-game entertainment, teams are prohibited from mocking and/or ridiculing opponents (including teams, players, team personnel (including owners) and opponents' home cities) and game officials on social media in any form, including through statements, pictures or videos."

The memo was issued in the wake of an exchange between Memphis Grizzlies small forward Chandler Parsons and Portland Trail Blazers guard C.J. McCollum that started with the official Trail Blazers Twitter account posting a GIF of Parsons air-balling a 3-pointer during the Jan. 27 game between the teams.

Parsons, who received maximum-contract offers from Portland and Memphis before choosing to go to the Grizzlies in free agency last summer, replied after the game: "Good luck in the lottery show this year."

McCollum quoted that tweet and added a snarky one-liner directed to Parsons, who has struggled while coming back from knee surgery this season: "We hit the lottery by not signing you."

Parsons later laughed about the exchange and said an apology the next day from Blazers CEO and president Chris McGowan was not necessary, but the league office was clearly not amused.


"In addition, teams should never disparagingly or negatively refer to an opponent's or game official's personal life, family, race, color, ethnicity, national origin, religion, sexual orientation or any other status or characteristic protected by law," the memo continued. "Teams are also prohibited from using social media to highlight or encourage player altercations, flagrant fouls or hard physical contact between players, or to condone or make light of violence in any way or form.

"Teams may use social media for fun and lighthearted banter that does not reflect poorly on any team, player, other team or League personnel, or the League as a whole. However, such activity cannot become inappropriate or offensive. As such, we encourage teams to properly and extensively train their social media staff members to ensure that they know what kind of postings are appropriate and what kind are not."
Related topics:
sportsespntwittermemphis grizzliesridiculingmemocj mccollumruleschandler parsonsnbamockingportland trail blazerssocial media
Copyright © 2022 ESPN Internet Ventures. All rights reserved.
TOP STORIES
In video, 'angry' NC Gov. Cooper pushes for stronger gun laws
Timeline breaks down Uvalde shooter's movements day of massacre
TX school shooting leaves at least 19 children, 2 adults dead
Columbine survivor reacts to Texas elementary school shooting.
Person County Habitat for Humanity looking for volunteers
Wake County educator weighs in on gravity of another school shooting
Should you talk to young kids about mass shootings? And how?
Show More
NC schools use tool made after Sandy Hook shooting to protect students
Former Capital Cities/ABC Chairman and CEO Tom Murphy dies at 96
NC Medicaid expansion closer to reality as Senate leader shows support
Wake County moms demand change after Texas elementary school shooting
George Floyd's family continues to advocate for change 2 years later
More TOP STORIES News