This year for the first time players from historically Black colleges and universities had the chance to showcase their talents at the first HBCU NFL Draft combine. The event was supposed to debut last year but was canceled because of the COVID-19 pandemic leaving one local star wondering if his playing days were over.

Justin Cates is on a mission to make it to the NFL, a dream that started as a young boy in Goldsboro when his mom got him involved with the local Boys and Girls club.

"I used to tell my mom and dad all the time I want to make money doing this one day," Cates said. "I want to make this my living. I didn't want to do a nine to five."

The path was there for Cates -- a standout defensive lineman at North Carolina A&T.

"His intelligence and knack for the game," said Justin's trainer, Michael Harper. "He's very smart. He just has a knack for football. He's very quick too to be his size and that gives him the advantage."

Cates was invited to the inaugural HBCU combine in 2020 but before he could even take the field the opportunity was taken away because of COVID-19.

"The NFL had announced the HBCU combine, first-ever, they canceled it because of COVID," said Cates. "After that, my chances went down for the NFL Draft. After the Draft passed and I didn't hear my name called and I started working in the real world."

Cates worked as a television sports reporter for about six months until he received a very important text message.

"I didn't believe it at first so I had to doubletake, read it again," he said. "When I saw who it was and they were sending me details about contracts and everything I knew it was for real. I called my mom first thing, my dad right after. Everybody was crying, happy. It was a great moment."

"Perseverance, right there," said Harper. "That just shows that he's determined. He's not going to let something alter his path and take him off his path. Perseverance and determination."

Cates signed a two-year, free-agent deal in the CFL with the Edmonton Football Team, though it wasn't the path he envisioned taking, it's a step closer to his dream of playing in the NFL.

"It says a lot that dedication and hard work will get you where you want to be," Cates said.

Cates will report for training camp in August and hopes to finish the season as the defensive rookie of the year and win the defensive MVP award.
Report a correction or typo
Related topics:
sportsgoldsborowayne countywayne county newsfootballcanadacollege football
Copyright © 2021 WTVD-TV. All Rights Reserved.
FOOTBALL 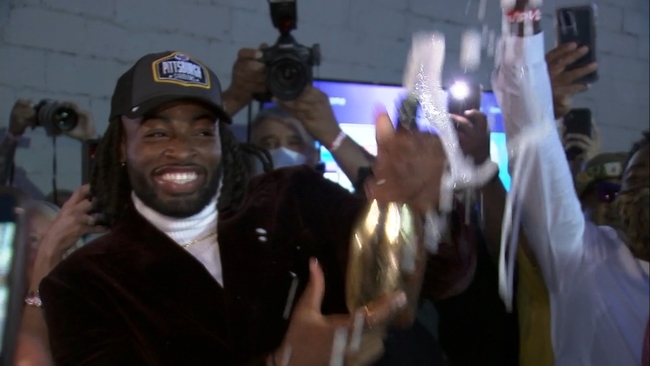 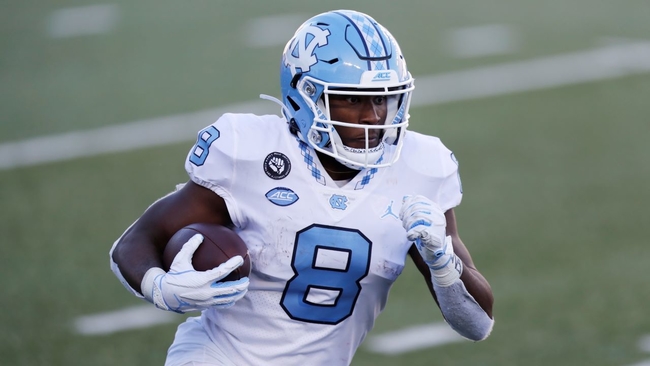 LATEST: NCDHHS changes guidance for masks outside at schools
Husband of missing Colorado woman charged with murder
Uptick in common cold infections likely as society returns to 'normal'
Why you might have a hard time getting your hands on a bike
COVID's US toll projected to drop sharply by end of July
Show More
Are COVID vaccine mandates legal? NC employment attorney weighs in
7 months since NC HOPE launch, renters & landlords still wait for funds
Hair salon for girls celebrates 18 years in Durham
Why Cinco de Mayo 'makes a mockery' out of Mexican culture
Trillions of cicadas emerging from 15 states 'within days'
More TOP STORIES News