Need a new team to root for? We got you 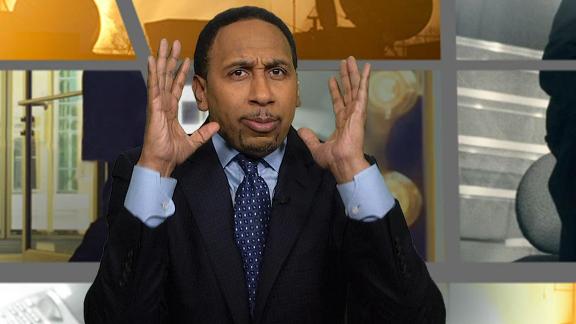 Your bracket busted? Of course it is! Have you seen the chaos this 2018 bracket has exacted on America? Well, like me, your cousin, your uncle and your best friend, you're probably (definitely) looking for a new team to cheer for, since your original champion is done. ESPN's help desk is here (tub of ice cream not included) to give you a full array of options to get through one of the most topsy-turvy tournaments we've ever seen.

Are you someone who picked that surefire favorite (cough, cough, Virginia) and now you want to find the next sure bet to cut down all of the nets? Sharpie in Villanova.

According to FiveThirtyEight, the Wildcats have a 22 percent chance of winning it all in April -- the highest of any team left in the field. And let's be honest, we probably all should have picked these guys from the start. Villanova was just behind Virginia (sorry, guys) to win it all to start the tournament at 21 percent, and the Wildcats were the No. 1 team in the nation for 14 weeks. Villanova has outscored its first two tournament opponents 168-119 and hit 17 3-pointers in Saturday's blowout win over Alabama.

Are you kind of the "watch the world burn" type? Check out Kansas State.

Much like Heath Ledger's Joker in "The Dark Knight," you just want to watch everyone's bracket go up in flames. You're not a guy with a plan. You're more like a dog chasing a car -- you wouldn't know what to do with one if you caught it. Kansas State makes all the sense in this cold world, then. The Wildcats just sent Cinderella candidate UMBC home in one of the ugliest games of basketball in recent memory. A Kansas State run to San Antonio would mean more of that kind of basketball for a couple more weeks, torching every bracket and eyeball along the way.

Are you the superstitious type? Not necessarily someone who wears the same socks after wins, but not one to question spirits and the paranormal, either? See Loyola-Chicago and Sister Jean.

Look, as someone who holds his breath when he passes cemeteries and who stocked up on holy water after he first saw "The Exorcist" as a child, I don't mess with anyone who could have connections with higher powers or anything beyond this world. Enter Sister Jean Dolores-Schmidt. She's the Ramblers' most loyal -- and divine? -- fan. With her by this scrappy No. 11 seed's side, the Ramblers have won back-to-back games on last-second shots. Just sayin' ...

Do you have an affinity for the hopeless romantics in those cheesy rom-coms? Grab a tissue and either a Purdue or Michigan jersey.

Purdue is a No. 2 seed that was pushing for a No. 1 seed but faltered late. Then it lost star Isaac Haas to a fractured elbow. Michigan played most of the year as a forgotten top-25 team but won the Big Ten tournament and, like the ugly duckling, is nearing swan status after that buzzer-beating win over Houston. What makes Purdue seem like the guy you really hope ends up with the girl in the end? Haas might make it back into this tournament, which would make for quite the 2000s teen-movie ending.

Are you the uber-competitive adult league soccer player who still tackles cleats-up while pushing 40? Man, Duke is your team.

Senior bad boy guard Grayson Allen has a knack for finding himself on the wrong end of a lot of controversial "plays." Couple that with the personas of past Duke teams, and you have a program that can rub people the wrong way. Allen has had so many run-ins on the court that we're basically just waiting to see what he'll get himself into this time. But don't get caught up in the optics too much. Allen can ball with the best of them, and it's hard to find a player who works or plays harder than he does on the court.

Are you the type of person at every party who just knows something? Is there a good chance you spotted the latest trend before we all did (again) and you can't wait to tell us about it (again)? Syracuse is your squad.

No one saw the Orange coming. Sure, a win over fellow last-four-in team Arizona State was possible, and TCU wasn't exactly a huge threat to the 2-3 zone, but Michigan State? Nah, we missed that like bitcoin. Maybe we should have seen it with Hall of Fame coach Jim Boeheim still there. Too bad the losing record in ACC play clouded our vision.

Do you get to parties and speed-walk by your friend's new home brew? You'd rather just settle with the name brand stuff you brought? You might want to check out Kansas or Kentucky.

Look, none of these teams are close to perfect, and maybe it's time that you branch out and try something new. But like that six-pack of Generic Lite, you at least know they will hit your taste buds right, and these two teams make you feel comfortable by name alone. Kansas is a No. 1 seed playing three hours away from home in Omaha, Nebraska, this week. Kentucky might be 99.9 percent freshmen, but all those guys have NBA talent, and the Wildcats now have the easiest path to the Final Four.

Do you take your lunch in a tin pail while Carl from accounting sits next to you with that $15 salad he orders every day? You'd probably love West Virginia's grit.

Hard hats and kneepads are necessary when playing the Mountaineers. They're the hardworking blue-collar team you actually respect. You want some rough play and the possibility of a flagrant to really set things off. West Virginia isn't dirty, but the Mountaineers get in your face and make you earn every shot and dribble with that press.

No, Gonzaga doesn't have anything in common with the meatheads from "Jersey Shore," but this squad runs the floor like a track team, and coach Mark Few is clearly still in great shape because he's still doing celebratory locker room handstands. The man is 55 years old, and while he joked after his last handstand display on Saturday that his body can't take many more, he'll push through those reps for his Zags, man.

Maybe, you also ... like to live dangerously? Nevada for the win!

All you need to know about the Wolf Pack is that they trailed by 14 to 10th-seeded Texas in the first round and 22 in the second round to 2-seed Cincinnati. Yet here they are in the Sweet 16.

You aren't about the status quo? You just want to be different or rebellious? Florida State, Texas Tech, Texas A&M or Clemson could be for you.

Only fans and alumni of these respective schools had any of these teams winning it all in their throwaway brackets. In fact, most of us had all of them losing during the first weekend. Joke's on us, right? According to FiveThirtyEight, none has better than a 5 percent chance of winning it all (Texas A&M). Bonus points: Florida State just knocked off No. 1 seed Xavier.