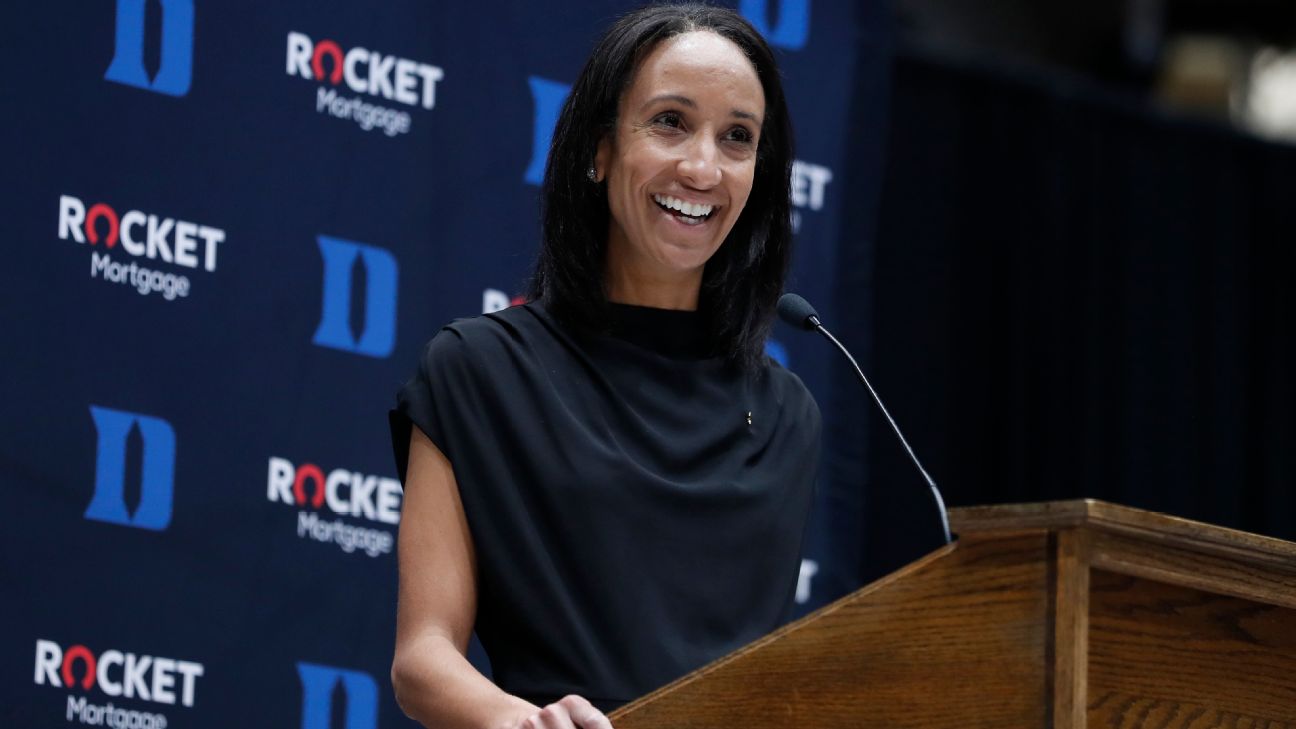 DURHAM, N.C. -- Nina King knows she faces a big responsibility in taking over as Duke's athletic director later this year. It's not just about managing a 27-sport program in a marquee league.

King will become only the third Black woman AD in a power conference. Two have come in a year, a sign of progress when it comes to diversity hiring in leadership roles in major college athletics.


King hopes it's a start.

"I do feel a great responsibility, and I embrace that," King said Friday during her introductory campus news conference. "I am excited and ... I want to show little girls who look like me that this is possible."

The school announced King's promotion Wednesday, saying the administrator would take over officially Sept. 1 with the retirement of Kevin White. King, 42, is currently a senior deputy athletic director for administration and legal affairs as well as chief of staff, working on White's staff at Duke since 2008.

She joins Carla Williams at fellow Atlantic Coast Conference school Virginia and Candice Lee at Vanderbilt in the Southeastern Conference as the only Black women serving as ADs among the 65 power-conference schools. Williams was the first in October 2017, while Lee followed almost exactly one year ago after working as interim AD.

The other women ADs in the Power 5 are: Heather Lyke with Pittsburgh in the ACC, Sandy Barbour with Penn State in the Big Ten and Jennifer Cohen with Washington in the Pac-12.

"Listen, we need to get better," King said. "Six female ADs in the Power 5? I mean, three Black females? We need to do better. And I'm happy to kind of be the next step toward progress and I'm committed to helping ensure that more females, more people of color, have opportunities like I do."

Diversity hiring, or the slow progress of it, isn't a new concern in college athletics. The Institute for Diversity and Ethics in Sport (TIDES) at Central Florida has long compiled annual report cards evaluating college and professional leagues on racial- and gender-hiring practices. The results have largely been unchanged in the Football Bowl Subdivision ranks: white men dominate leadership positions while women and people of color remain underrepresented.

"The fact that it's not only a Black AD, but a Black woman AD, makes it doubly important," Lapchick said in an interview with The Associated Press. "It's a time that one would hope in the wake for the racial reckoning this year that we're paying much more attention to diversity, equity and inclusion -- both in college athletics as well as society in general.

King said she had spoken with Williams numerous times during the process and has been close with Lee for several years.

As Lee put it Friday: "It's a small club, but it's a special club."

"There's no doubt that you feel pressure," Lee told the AP. "You certainly feel like a spotlight is on you and you want to make sure that you don't give any reason why other people, deserving people, would not get opportunities.


"I would say the good part is, and I think I can speak for all three of us, we are highly motivated, very driven. And so I think that regardless we would put the pressure on ourselves to do a good job."

King has handled daily operation and oversight of Duke's athletic department, and served last season as the chairwoman of the NCAA Division I Women's Basketball Committee that selects and seeds the tournament field.

She takes over at a time when schools nationally are grappling with financial hits from the COVID-19 pandemic and the impending arrival of college athletes being able to profit from use of their name, image and likenesses.

Despite challenges ahead, King knows she has people she can rely on for advice. That includes Williams and Lee in what King hopes is a still-growing group of peers.