NFL to hold combine for veterans 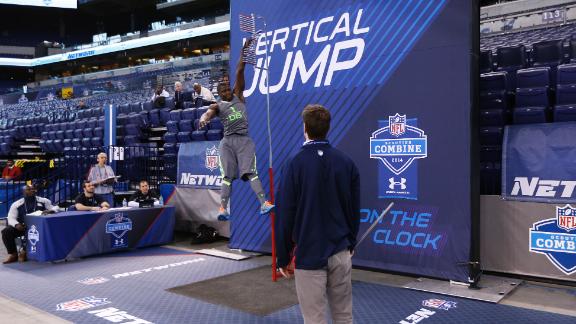 NFL combines will take on an older look when the league adds one for veteran players to go with the massive event it holds for potential draftees.

The veterans combine will take place March 22 at theArizona Cardinals' training facility in Phoenix. That is about one month after the regular combine for rookies in Indianapolis.

"This is the natural evolution of our combine series," NFL director of football development Matt Birk told The Associated Press on Thursday.

Birk sent a memo to the 32 teams earlier in the day about the new combine. It will be open to veteran free agents who will participate in position-specific drills, timing and testing, and other customary combine activities.

"There's a void there. There was nothing for that guy out there who has one or two or three years in the league and is not with a team and is at the mercy of when the phone rings or when his agent gets him a workout. This will be a forum for these guys to showcase their talents and a service for our clubs instead of [what had been] an inefficient process.''

In the past, most veteran free agents would get individual offseason trials with teams, but that was a costly and somewhat scattered approach. Some veterans have been included in the NFL's regional combines held for draft-eligible players, too.

But the new format will serve to isolate and consolidate veteran free agents so teams can evaluated them against one another.

Scheduling the combine the day before the league's major owners meeting at the same site will allow for just about anyone interested in the evaluation process to attend.

The league expects to invite about 100 free agents to the Arizona combine.

"You're talking the NFL free agent who is one year out of college and was in a training camp, or a 10-year veteran who has been a starter in the league," Birk said. "It will be very diverse, although at first it probably will tilt toward the younger guys."

One thing it won't likely include is the poking and prodding and physical exams that the rookie prospects go through in Indianapolis. Nor will the in-depth interview process be a major portion of the veterans combine.

"This will allow teams to get a look at the guys, and if they want to dive deeper, they can bring the players in for a physical with their own doctors, and do the interviews,'' Birk said. "This is whether the players pass the eye test on the field."