NHL Playoffs Daily 2021: Vegas Golden Knights look to get back on track 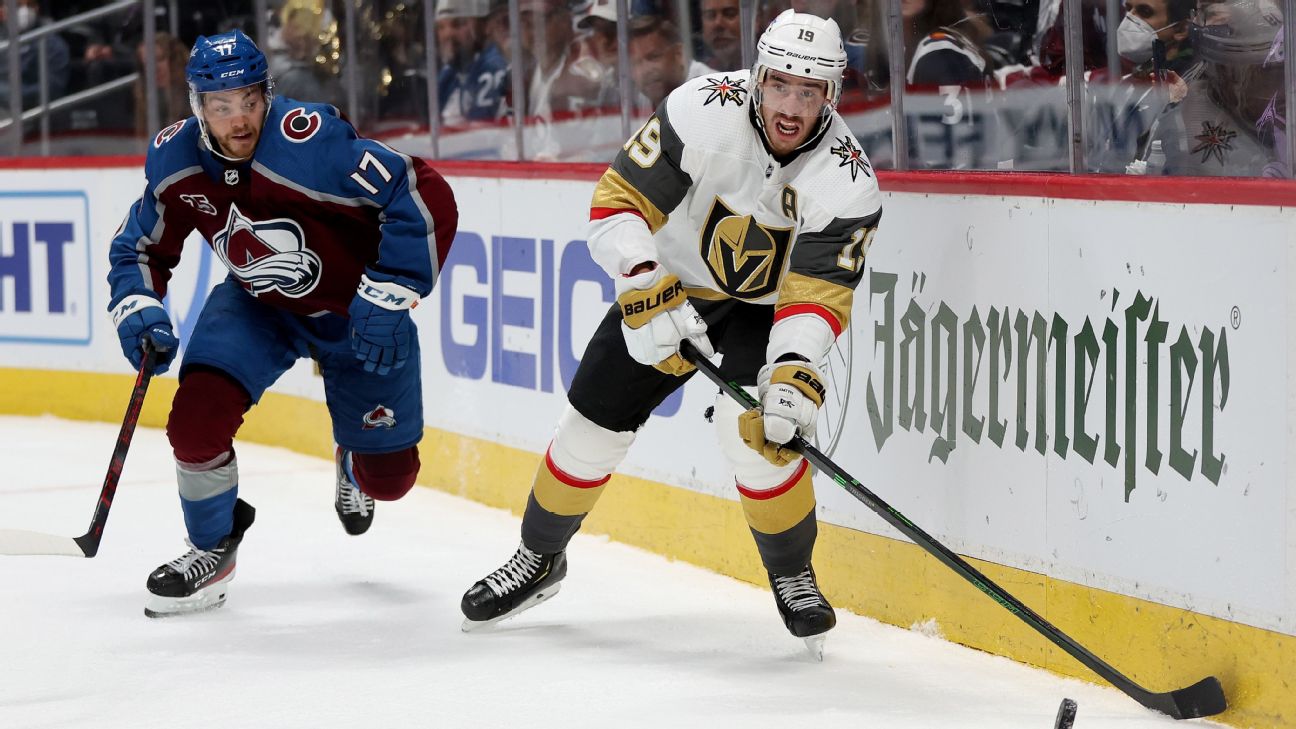 The Montreal Canadiens just completed an unlikely and emotional upset, beating the heavily favored Toronto Maple Leafs in seven games. There's not much time to celebrate, as they're back at it for the start of the second round Wednesday against a well-rested Winnipeg Jets team.

Meanwhile, the Vegas Golden Knights look to avenge their embarrassing Game 1 blowout while the Colorado Avalanche can take full advantage of home ice and take a 2-0 lead. That's not to mention Tuesday night's action, which featured the Tampa Bay Lightning pushing the Carolina Hurricanes into an 0-2 hole.

No need to sulk about the Connor McDavid vs. Auston Matthews playoff showdown that could have been. Instead, Montreal vs. Winnipeg is already here to take your mind off of it. On paper, it's not as exciting of a series as Maple Leafs-Oilers, though it pits two of the league's best playoff goalies against each other: Carey Price and Connor Hellebuyck. Winnipeg entered the postseason on a slide, and the blue line has some holes, leading many to discount their playoff hopes. But the Jets can be dangerous -- and got even more dangerous with Nikolaj Ehlers' return during Round 1.

"If we look at their season, at one point they were in the race for first with Toronto," Canadiens coach Dominique Ducharme said. "They were battling with Edmonton and then they dropped off late in the season and finished in third place. They're a good team. They're solid up front. They have lines that can generate offense, energy." Full series preview.

Vegas got shellacked 7-1 in Game 1, but promises to be more prepared. The Golden Knights had a quick two-day turnaround from an emotional Game 7, while the Avs had a week off. "You never make excuses, but I think coming from where we were coming from and their situation having been off, that's a tough game on any schedule," Vegas coach Pete DeBoer said. "I know we'll be better."

The Golden Knights should turn back to Vezina Trophy finalist Marc-Andre Fleury in net. Meanwhile, agitator Ryan Reaves will serve the first of a two-game suspension for his end-of-Game 1 antics (including throwing Ryan Graves to the ice, and pulling out a chunk of his hair). Colorado's top line looks unstoppable right now. Throughout the playoffs, when Gabriel Landeskog, Nathan MacKinnon and Mikko Rantanen are on the ice together, the Avs have outscored opponents 11-1.

This wasn't the most exciting playoff game you'll see this year. The Lightning took six shots in the first period, five in the second and four in the third -- just 15 total. Two of them (from Alex Killorn and Anthony Cirelli) went in. The Canes couldn't muster their usual energy until it was too late. Andrei Svechnikov didn't score until 90 seconds left. "Just couldn't catch a break, two games," coach Rod Brind'Amour said. "We're doing everything we're trying to do, we just haven't gotten that little breakthrough."

Unfortunately for the Canes, Vincent Trocheck -- who exited the game early -- may miss time. For the second straight series, Tampa Bay won its first two games on the road, and is feeling pretty good. "If you'd said we were going to go to Carolina and not give up a 5-on-5 goal through two games," coach Jon Cooper said. "I'd take that all day." Full recap.

After stopping 31 of 32 shots on Tuesday, Vasilevskiy's playoff stats are unreal. Through eight games, he's posted a .953 save percentage at 5-on-5, and has stopped 68 of 76 high-danger shots.

After going on a 26-game goalless drought to end the season, Cirelli has now scored three in the playoffs, including this beauty:

The only player with more goals than Killorn's five in the Stanley Cup playoffs is Nathan MacKinnon. True story. The Lightning winger opened the scoring on Tuesday and threw an extremely on-brand hockey answer to AJ Mleczko in his postgame interview: "Yeah, I cut my lip open. I need to get some stitches after this interview with you."

Blooper of the day

NHL players: They're just like us. They have brain farts -- and find the word fart funny.

The NHL announced its three finalists for the Vezina Trophy, awarded to the league's top goaltender. This one is voted on by the league's general managers.

"Never thought in my life that I would be part of that group, sitting at that table with Vasy and Flower," Grubauer said. "It's a huge honor."

Vasilevskiy, the reigning winner, is a finalist for the fourth straight year -- a feat we haven't seen since Hall of Famer Martin Brodeur did it.

Remarkably, for all of Fleury's career achievements -- including ranking third all time among goalie wins -- this is the first time he's been a Vezina finalist. For emphasis: He's 36 and in his 17th NHL season. A message from Flower himself: 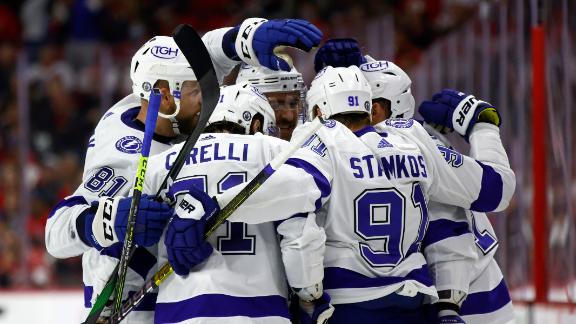