WTVD
CHARLOTTE, N.C. (WTVD) -- Greg Olsen's time with the Carolina Panthers is over.

The team said Thursday that it had mutually agreed to part ways with its veteran tight end.

"Today, I had the opportunity to sit down with (general manager) Marty Hurney and have a great conversation regarding my future with the organization. The team and I are both on the same page that it is best we go in different directions for now," Olsen said in a statement on social media. "On the field, I will always cherish the nine seasons we shared together. The wins, the losses, standing at midfield holding the Halas Trophy as NFC champs. The reality of going to the Super Bowl was beyond words, as was the disappointment of falling short.

Drew Rosenhaus, Olsen's agent, told ESPN's Adam Schefter that his client is still interested in playing in the NFL.

"I will be in communication with other teams after the Super Bowl," Rosenhaus said.

The decision to part with the Panthers was made after the 34-year-old Olson, a three-time Pro Bowl selection who has played 13 seasons, talked with general manager Marty Hurney about his future with the organization.

Olsen has played 13 seasons in the NFL and ranks fifth all-time among tight ends in both catches, with 718, and yards, with 8,444. 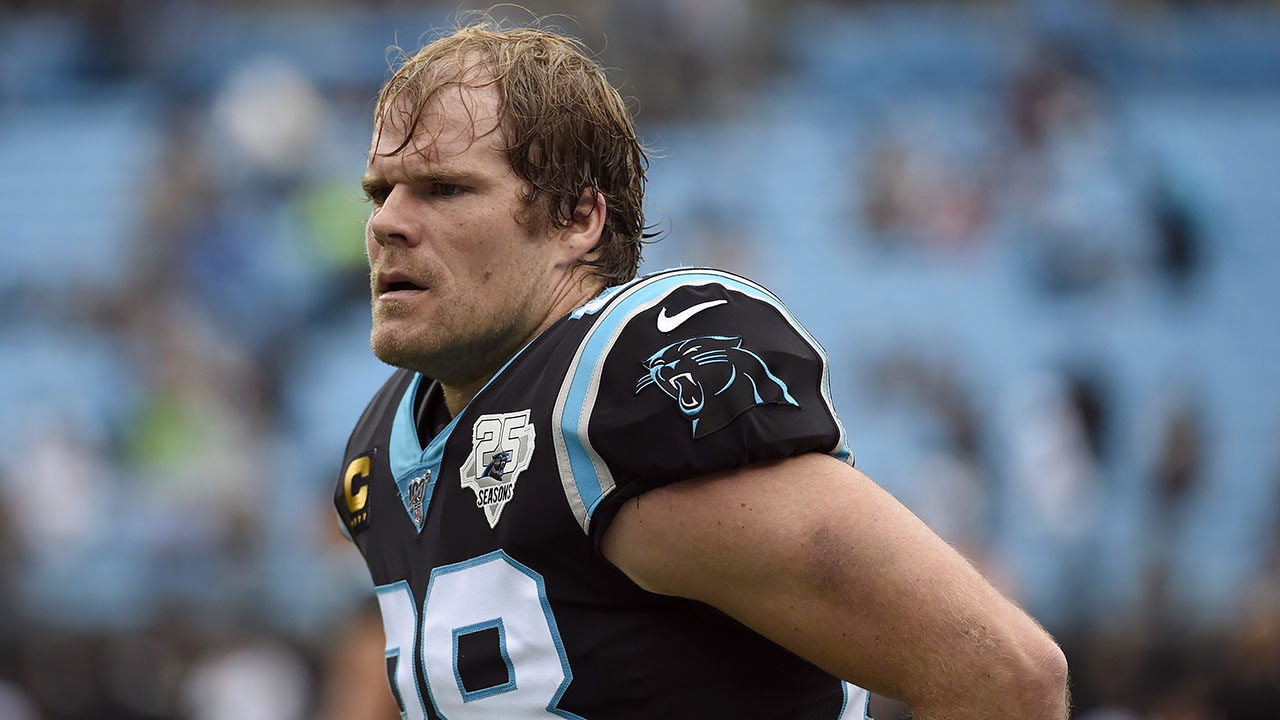 Greg Olsen has played his final game for the Panthers.

Olsen, a fan favorite, was twice named a finalist for Walter Payton NFL Man of the Year.

He returned this past season to prove he still could be among the top tight ends in the league. From 2014-16 he became the first tight end in NFL history to have 1,000 yards receiving in three straight seasons.

The only thing that slowed Olsen since Hurney acquired him for a third-round pick in a 2011 trade with the Chicago Bears was a foot injury that forced him to miss 16 games in 2017 and '18.

The Panthers roster continues to be reshaped under new head coach Matt Rhule. Just two weeks ago, another Panthers icon called it quits as linebacker Luke Kuechly made a stunning announcement that he plans to retire after eight seasons.