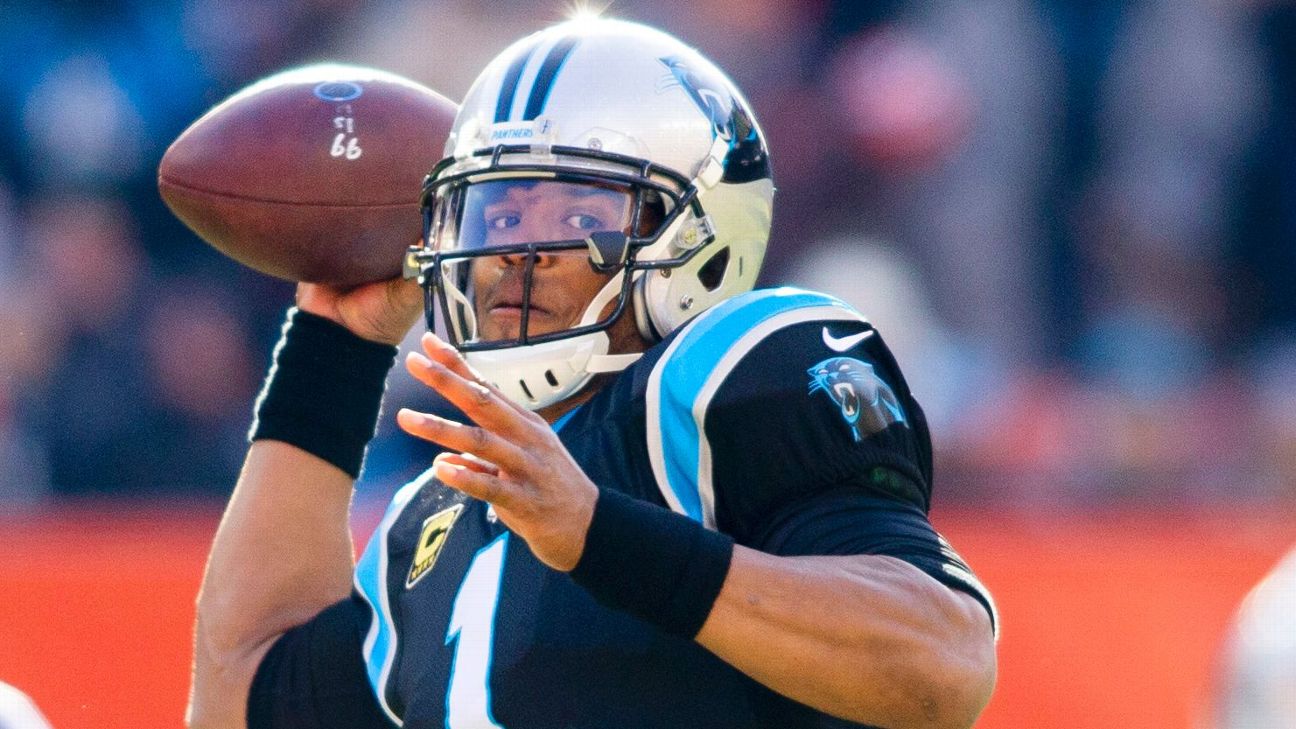 CHARLOTTE, N.C. -- Cam Newton's rehab from his second shoulder surgery in three offseasons has gone so well that the Carolina Panthers currently don't plan to pursue a veteran quarterback in free agency.

Coach Ron Rivera said Thursday at the NFL scouting combine in Indianapolis that all reports on the 2015 league MVP have been "positive'' and that he's happy with the depth the team has at quarterback withTaylor Heinicke and Kyle Allen.

Allen is under contract for the 2019 season, and Heinicke is a restricted free agent expected to be re-signed. Each got a start over the final two games of last season after the Panthers shut Newton down because of soreness in his throwing shoulder.

"Right now, we're very pleased with where we are in terms of our quarterback position," Rivera said. "We're very satisfied in what we got at the end of the year in both Taylor and Kyle. Both guys showed their ability.

"If we did do anything, it would probably be in the draft. Developing that guy is important. But we really do feel strongly about the guys we have."

More important, the Panthers feel strongly that Newton's recovery from arthroscopic surgery will be complete in time for him to start the season.

"From what I've gotten in reports, Cam's progress has been very good," Rivera said. "He's been getting all his workouts in. Just knowing that gives you a little bit of confidence going forward."

Rivera also is confident that Newton will have Pro Bowl tight end Greg Olsen to throw to this season.

The New York Post reported earlier this week that Olsen has received offers from ESPN and Fox Sports regarding a move to broadcasting in 2019. A source close to the situation confirmed to ESPN that Olsen has been offered jobs, but playing this season appears to be his priority.

Olsen underwent foot surgery in December. He recently told ESPN that if the rehab goes well, he expects to return to the elite level he was in from 2014 to 2016, when he became the first tight end in NFL history to have three consecutive 1,000-yard receiving seasons.

Rivera said he is "very comfortable" Olsen will play.

"Greg has told me he wants to play," Rivera said. "So, going forward, I'm very happy with that. ... Until he tells me otherwise, I'm anticipating him being back."

Rivera does have one concern offensively. He wants to lessen the number of plays for running back Christian McCaffrey, who took 91.3 percent of the snaps this past season.

"Understanding what Christian did last year, how many reps he played, that's something we do have to be concerned with," Rivera said. "It's just the extra plays. We really have to look at that and find a way to take that load from him."

"Well, yeah, I do," Rivera said, "because he's here getting himself ready to go."

There has been speculation Kalil, who signed a five-year, $55.5 million deal prior to the 2017 season, could be released to save $7.25 million in cap space. Releasing Kalil also would mean a $14.7 million hit in dead money. 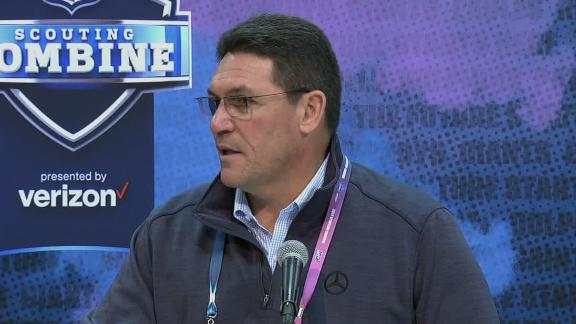