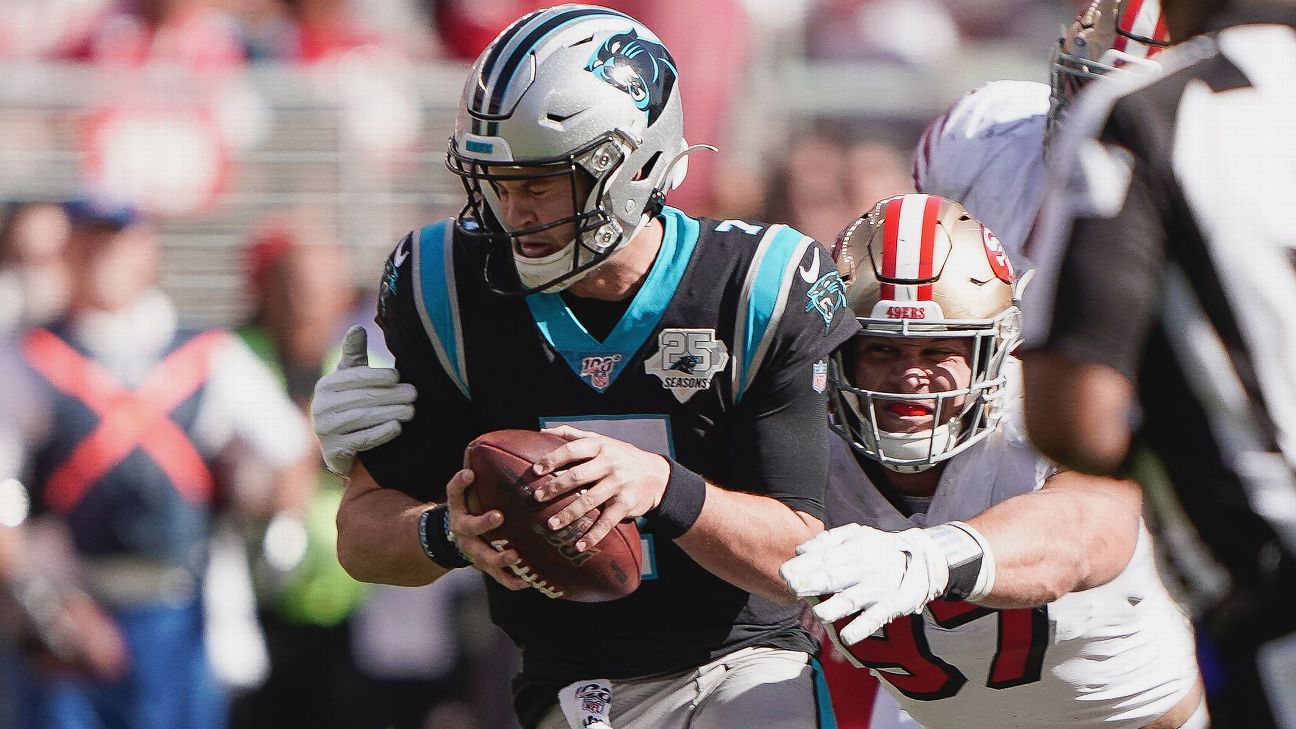 CHARLOTTE, N.C. -- One bad game and loss by Kyle Allen isn't enough for the Carolina Panthers to rush quarterback Cam Newton back into the starting lineup.

Coach Ron Rivera said on Monday that Allen would start his sixth straight game on Sunday when the Panthers, 4-3 after a 51-13 loss at San Francisco, face the Tennessee Titans at Bank of America Stadium.

"We've got to make sure he's ready,'' Rivera said of Newton, who hasn't played since aggravating a left foot Lisfranc injury in a Week 2 loss to Tampa Bay. "The last update I got, more so than anything else is he's going through his rehab.

"We'll see. Right now, we're going into this game with Kyle as the starter.''

Allen was 4-0 as the starter this season and 5-0 overall without throwing an interception before throwing three against the 49ers (7-0). Rivera said the second-year undrafted quarterback lost some of the patience he showed in his previous starts.

"Kyle sped some things up when he didn't have to,'' Rivera said. "He had a little bit more time. He probably anticipated a little too much. He needed at times to take what they gave him.

"Probably one of the disappointments is we ran the ball effectively. If we do some other things, we give ourselves an opportunity to run more. Christian [McCaffrey] was having a good day.''

McCaffrey rushed for 117 yards and a touchdown on 14 carries and had a 43-yard run called back because of a holding penalty. He also caught four passes for 38 yards.

Allen completed 19 of 37 pass attempts for 158 yards and no touchdowns. He was under duress from the start against the NFL's top-ranked defense, which sacked him six times in the first half and seven times for the game.

"I think his internal clock was going fast to begin with,'' Rivera said of Allen. "He tried to do more than he needed to. He got out of his comfort level. We saw how very cool and calm he'd been for the most part. We saw him taking the opportunities he had in front of him. We saw more throws downfield than we had the last four weeks, from my perspective.

"He's a guy that when he stays within his own abilities, he can help us a lot.''

While Newton was on the sideline for the first time since being shut down, Rivera didn't sound optimistic that his franchise quarterback was close to a return. 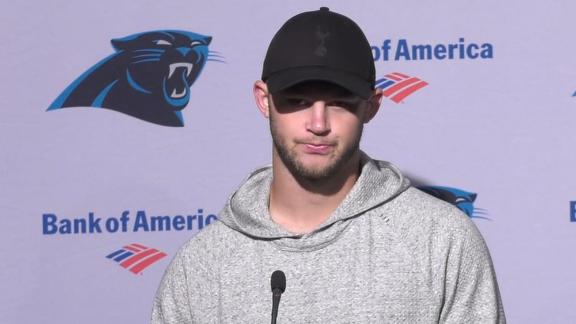