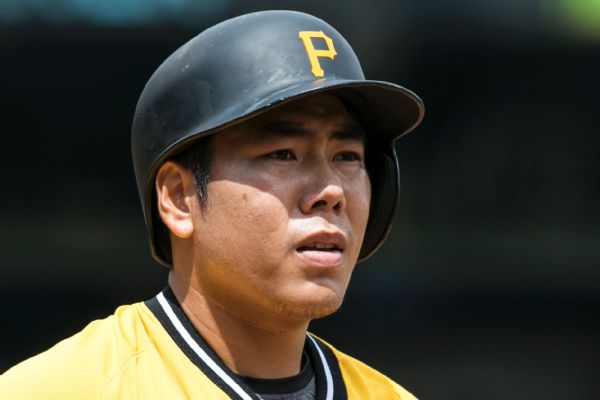 Pirates third baseman Jung Ho Kang has been arrested and charged with leaving the scene of a DUI accident in his native South Korea, according to a report from the Yonhap News Agency.

Kang had a blood alcohol level of 0.084, above the Korean legal limit of 0.05, when he fled the scene of an accident near a Seoul subway station Friday at 2:45 a.m. Korea Standard Time, the report said.

The Associated Press reported police were investigating Kang over suspicions he crashed a luxury car into a guardrail while driving under the influence of alcohol and then left the scene. According to the AP, Seoul police on Friday said they were also investigating whether Kang asked a friend to falsely report who was driving the vehicle.

Pirates president Frank Coonelly said in a statement that the team has been made aware of what he called "very serious charges" filed against Kang.

"We are extremely disappointed in Jung Ho and in his decision process during this matter," Coonelly said. "I know first-hand how foolish and dangerous it is to drive under the influence and am most thankful that, as we understand it, no one was injured.

"We will have further comment once we have been able to gather all of the relevant facts and speak with the player.''

Coonelly was arrested in December 2011 for driving under the influence. The Pirates' president subsequently apologized and was ordered by a judge to enter a program for first-time offenders.

The DUI incident marks Kang's second brush with the law this year. In July, Chicago police said a 23-year-old woman reported she had been assaulted by Kang at a hotel in the city after meeting him through a dating app. Police said the woman alleged she had a drink, faded in and out of consciousness and was sexually assaulted by Kang.

According to reports in September, police attempted to contact the woman for follow-up questioning but were unable to locate her.

Kang, 29, signed a four-year, $11 million contract with the Pirates in January 2015 after playing nine years in the Korea Baseball Organization.

Kang finished third in the 2015 National League Rookie of the Year voting, and he has hit .273 with 36 home runs and an .838 OPS in 229 games with Pittsburgh over the past two seasons.