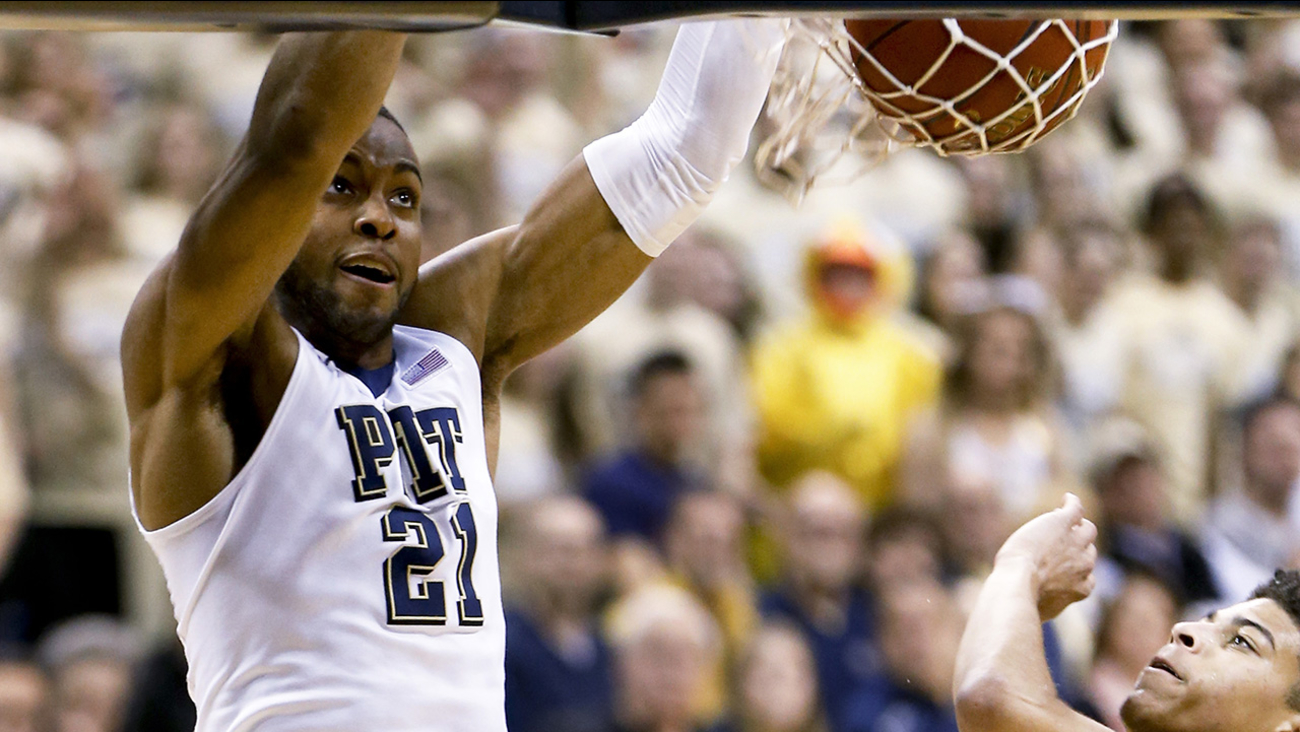 PITTSBURGH -- Jamel Artis scored 17 points and Pittsburgh gave its NCAA Tournament hopes a needed jolt as the Panthers dominated No. 15 Duke 76-62 on Sunday.

Grayson Allen had 17 points for Duke and stayed out of trouble after being admonished by the ACC for his role in tripping a Florida State player in a Blue Devils victory last Thursday.

Allen stuck his left leg out and Seminoles player Rathan-Mayes tripped and fell with 3.4 seconds left in Duke's 15-point romp. That incident happened after Rathan-Mayes appeared to grab the back of Allen's jersey in an attempt to fling himself down court. Allen received a flagrant foul for tripping Louisville's Ray Spalding earlier this month.

There were no run-ins with any of the Panthers on Sunday, perhaps because Pitt spent so much time running the Blue Devils.

The Panthers came in 0-6 against ranked opponents this season, five of them double-digit blowouts that were never in doubt in the second half. Down to perhaps its last chance to earn the marquee victory it so desperately needs to assure the program of an NCAA berth, Pitt responded with a performance that hastened back to its rugged run as one of the bullies in the old-school Big East.

The grit the Panthers used to thrive on during its last decade in that league has largely disappeared. Pitt ranks near the bottom of the ACC in several major defensive categories and has struggled at times to keep seemingly lesser opponents from knocking down shots.

That wasn't a problem against the Blue Devils. At the end of a difficult stretch that included a road win at North Carolina, Duke looked a step behind at times and physically overwhelmed at others.

Pitt never trailed, scoring the game's first 10 points and getting whatever it wanted whenever it wanted offensively. Artis, whose erratic season has been in lockstep with his team's uneven play, hit a 3-pointer to get the Panthers going and Duke never really came close to turning it around.

Allen was jeered mercilessly by Pitt's "Oakland Zoo" student section - heavily armed with signs pointing out Allen's penchant for causing opponents to fall down - and failed to get into anything resembling a rhythm. Brandon Ingram did his best to keep the Blue Devils in the game early, scoring 13 of his 17 points in the first half and a late Duke surge drew the Blue Devils within 39-32 at the break.

The Panthers played arguably their best 35 minutes of the season last Wednesday against No. 11 Louisville only to crumble down the stretch. Not this time. Young started the second half with two dunks to push Pitt's lead back to double digits. Luke Kennard converted a steal into a 3-pointer to get Duke within 58-48 with 10:10 to go but the Panthers scored the next 11 points, including 3-pointers from Robinson and Luther to salt Duke's worst setback since a 16-point loss to Miami last January.

Duke: The Blue Devils made just 11 of 32 3-point attempts. ... Senior center Marshall Plumlee didn't even attempt a shot in 28 minutes.