President mixes up actor and QB 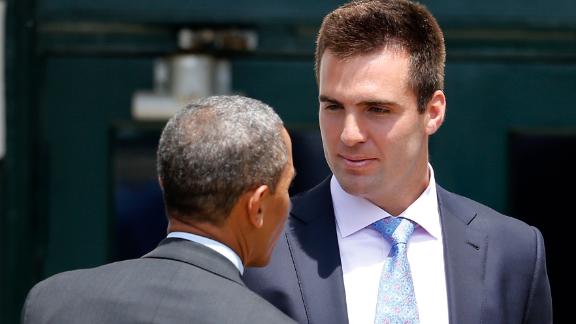 During Friday's year-end White House news conference, President Barack Obama said it was a mistake for Sony to cancel the release of "The Interview" because of the threat of violence from North Korea.

He added that he loved the film's actors, Seth Rogen and James Flacco.

Wait, who was that again?

The commander in chief accidentally mixed up Baltimore Ravens quarterback Joe Flacco and actor James Franco, which quickly caused a stir on social media as well as countless "elite" jokes. Blog posts about this have appeared on CNN, The Washington Post and E! Online.

Flacco's official Twitter account, which is generally run by his representatives, corrected the slip of the tongue:

Then welcomed the newest member of the Flacco family.

Flacco met Obama two years ago, when the Super Bowl champion Ravens were invited to the White House.

So while James Flacco's comedy film is still on the shelf, at least Joe Flacco and other tweets caused a few chuckles before the weekend.