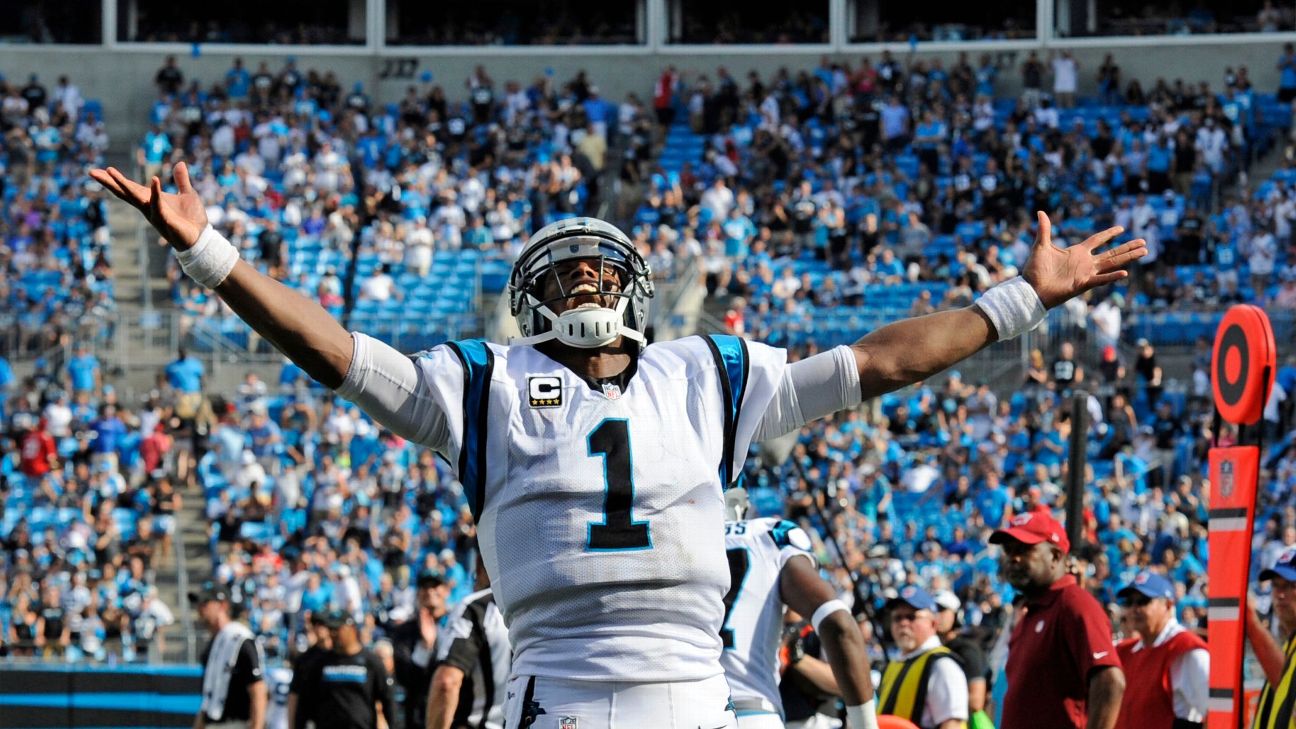 CHARLOTTE, N.C. - Cam Newton had a question for reporters Friday as he drove past them in a golf cart to his first practice in his second stint with the Carolina Panthers.

"Did ya miss me?" the 32-year-old quarterback asked.


The huge smile on Newton's face and his interview later made it obvious he had missed the Panthers after spending the past year and a half with the New England Patriots following his first nine NFL seasons at Carolina.

"Honestly, I'm still floating," Newton said in his first comments after rejoining the team on Thursday.

Newton made it clear that any hard feelings there might have been when the Panthers released him after the 2019 season were irrelevant and that the only thing that matters now is "winning."

"Were there disconnects in the past? It's irrelevant," Newton said. "The fact that we're able to make what may seem a lot of wrongs or some wrongs right, that's the most exciting thing about it.

"To hell with feelings. It would be the biggest right and wrong by just winning football games."

Newton on Thursday signed a one-year deal worth up to $10 million for the remainder of the season, including $4.5 million guaranteed and a $1.5 million roster bonus.

Newton made it clear the past was the past and has been since he began talking to coach Matt Rhule on Tuesday about a return to the team he led to the Super Bowl in 2015 under then-coach Ron Rivera.


The Panthers (4-5), despite losing five of their past six games, are just out of a wild-card playoff spot in the NFC heading into Sunday's game at Arizona.

PJ Walker will start at quarterback with Sam Darnold, acquired in an offseason trade with the New York Jets, having been placed on injured reserve Friday with a shoulder injury that will take four to six weeks to heal.

Rhule said Newton "looks in great shape" and will make the trip to Arizona. He "doubts" Newton will play Sunday but noted that stance could change after Saturday's practice.

At best, the Panthers wouldn't have more than 10 to 12 plays in for Newton.

"It's always mental that you think you can conquer and do anything, but you actually won't know until you actually are in that situation," Newton said of when he might get on the field. "There's the old saying: Stay ready so you won't have to get ready. It's safe to say I've been staying pretty ready."

Newton said accountability, and doing everything Rhule and the staff ask of him whenever called on, is his priority. That process began Friday with Newton spending the early portion of his first practice off to the side with quarterbacks coach Sean Ryan while offensive coordinator Joe Brady worked with Walker and backup Matt Barkley.

Newton likely will get his first start next week against the Washington Football Team coached by Rivera, who made the former Auburn star the top pick of the 2011 draft.

Newton's goal is to help Carolina get to the playoffs, where the Panthers haven't been since he led them to an 11-5 record in 2017. He's more interested in that than in the fan excitement over him returning.

He hasn't even looked at his phone since he got back.


"My head has been so far into a playbook," Newton said. "I know the buzz is going on. If you follow me, you know I'm off of social media. So it's not like I can follow it. That's a good thing for me now because it would be distracting.

"I just want everybody to know who's a part of the Panthers Nation, I receive it, but this ain't no parade. Let's get to work."

The 2015 NFL MVP admitted that the past few months, since the Patriots cut him, have been therapeutic. He has spent little time paying attention to what's going on in the league, focusing on being a "full-time dad, full-time workout fiend."

He also has spent time fasting and gave a very biblical explanation of why he did that.

"One thing that God was trying to teach Moses through this transition was just have faith, trust me, trust in me," Newton said. "Everything that your heart desires, that you need, I will give it to you.

"I felt in a lot of ways why I had that off time, I felt like Moses."

Newton ended the videoconference with an almost drop-the-mike moment before getting up and walking away.

"So without further ado," Newton said. "I will say something that I've been wanting to say for a long time, Keep Pounding." 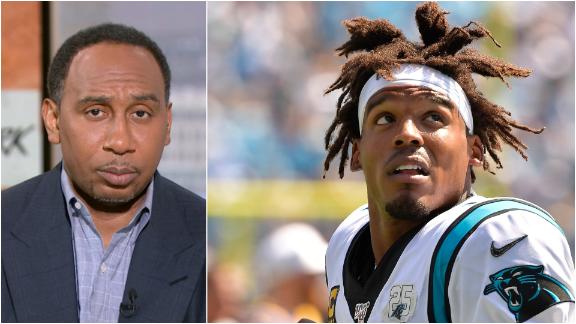