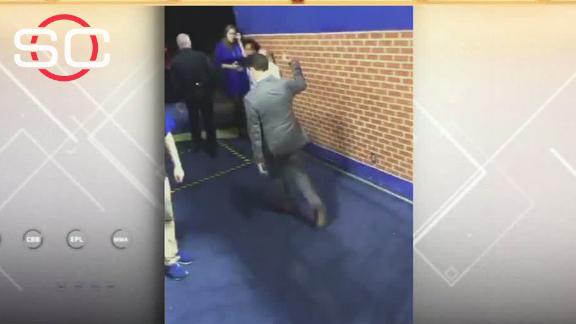 Louisville coach Rick Pitino denied that he used an obscene gesture when exiting Rupp Arena after theCardinals' loss to the Kentucky Wildcats on Saturday afternoon.

After Louisville's 75-73 loss at Kentucky on Saturday, video surfaced on the Internet of Pitino gesturing to the crowd as he walked up the runway to the locker room. The video set off social media buzz about the gesture, which was unclear.

Pitino told ESPN.com via text message, "No I didn't flip off the fans. I was in the tunnel. People were yelling ugly crude things that I didn't like. The 1-8 comment [Pitino's record against Kentucky coach John Calipari] was fine. But the other comments I didn't like.''

Asked whether he gestured in any way toward the crowd, Pitino said, "My recollection was a, 'we r #1.'"

The coach also declined to elaborate on what comments were made at him saying only, "It's too ugly.''

Pitino did not publicly defend himself after the game, opting not to appear for his postgame news conference and sending out associate head coach Ralph Willard in his place.

Louisville spokesman Kenny Klein told reporters in Lexington, Kentucky, that Pitino decided before the game that Willard would handle the postgame responsibilities.

In the latest installment of the rivalry, the Wildcats survived a Cardinals rally from 16 points down, winning the game only afterDamion Lee's would-be game-winning 3-pointer missed.

Calipari and Pitino both received technical fouls late in the first half. Calipari is now 8-1 against the Cardinals with Kentucky.

This season also started with controversy for Pitino and the Cardinals. The self-described former escort Katina Powell alleged in a book that former Louisville staffer Andre McGee paid her $10,000 to hire dancers to strip and have sex with Cardinals players and recruits from 2010 to 2014, sparking four investigations.

Pitino has denied knowledge of the activities Powell alleges in the book and hasn't discussed the scandal since October.

Louisville has endured ribbing on social media and sports talk shows, but Calipari had expressed hope on Wednesday that Kentucky fans "just enjoy the basketball. ... Let's be classy, and I expect that's how they'll be in this game.'' 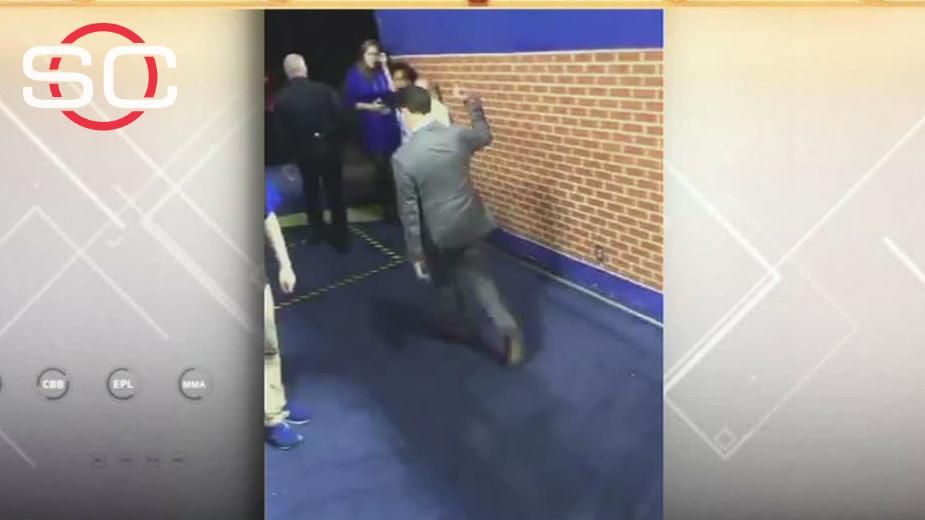 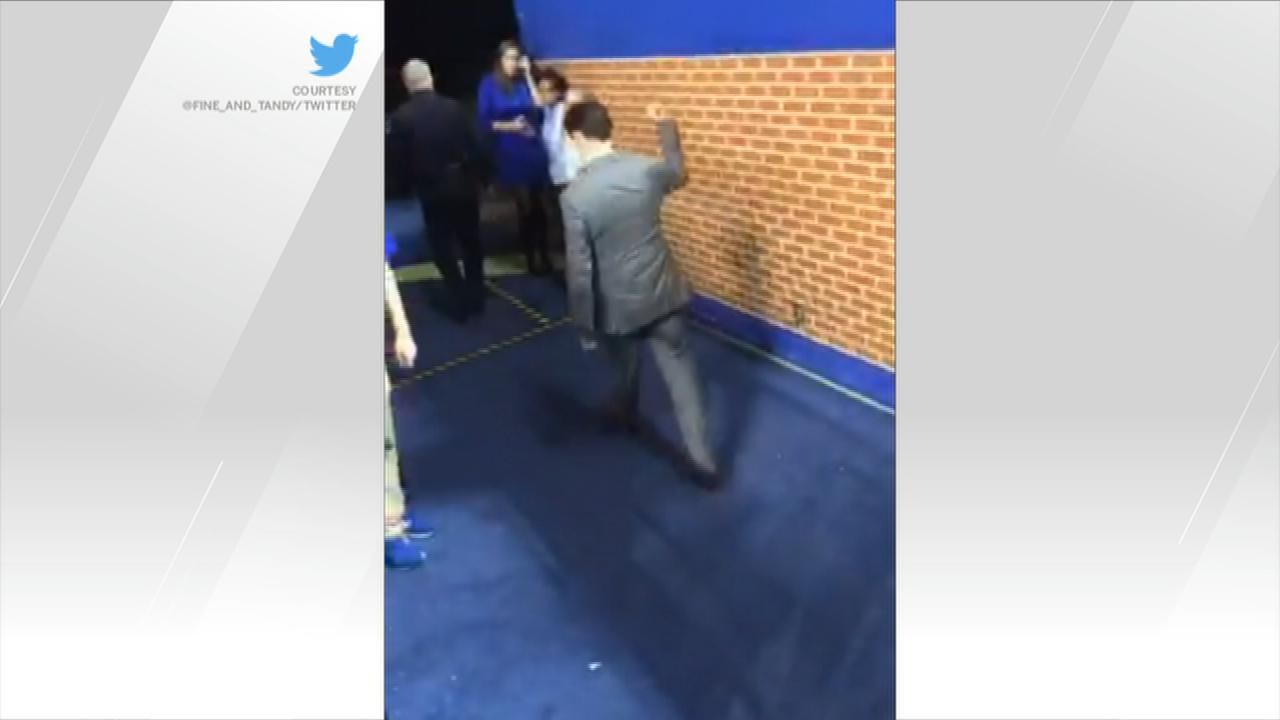