Russell Westbrook on Durant's return: 'Got to move forward' 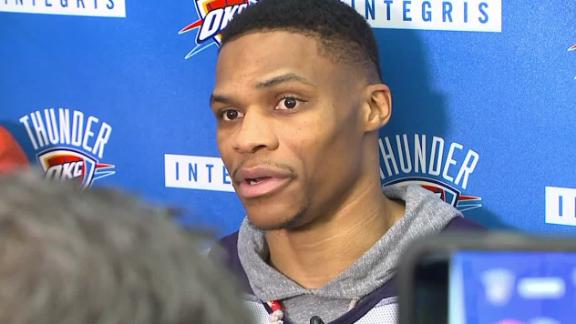 OKLAHOMA CITY -- With Kevin Durant set to return to Oklahoma City for the first time since he joined the Golden State Warriors, Russell Westbrook talked as extensively as he has in months about his severed relationship with his former teammate.

"Obviously, us playing here, we grew up here together," Westbrook said before Saturday night's game. "Since then, his decision has been made about what's best for him and his future, and I made the decision that was best for mine, and that's just how it's been."

Durant and Westbrook have not spoken since Durant announced he was joining the Warriors last July 4. Asked how that could be with a player he often referred to as his "brother," Westbrook said that's just how it is.

"Sometimes it happens like that," Westbrook said. "There's nothing I can say about it. Sometimes that's how things go."

Westbrook and Durant spent eight seasons together in Oklahoma City, rising to the top of the NBA as a fearsome duo that led the Thunder to four conference finals appearances and a Finals berth in 2012. Asked if not having a relationship with Durant anymore "hurts," Westbrook shrugged it off.

"Hurt? I mean, I'm fine. I'm fine. Honestly. Move forward," he said. "Things happen in life, man, and as a man, you've got to move forward. I have a great group of guys here that I love like my brothers. There's been many-a-teammates I've had here before that left me, and they're still my brothers. That I still talk to and I don't talk to. Not just Kevin. There's many guys that have come in and out of Oklahoma City that I've gained a relationship with that maybe you guys don't know about, but I think obviously, with me and Kevin, it's a little bigger stage. It happens."

Asked if he sees a time when he and Durant might reconcile, Westbrook said, "I'm not sure. It's not really up to me, honestly."

Durant didn't speak with Westbrook directly last summer to inform him of his decision, instead only texting him to say he was joining the Warriors. Westbrook actively recruited Durant to return to the Thunder, notably at a dinner in Los Angeles with longtime teammate Nick Collison a week before Durant took his free-agency meetings.

Collison has exchanged a few texts with Durant throughout the season, and Durant has stayed connected with a few other staffers, but Thunder center Steven Adams said he hasn't spoken with Durant since the announcement.

With so much attention on Durant's return, Westbrook said he understands the hype and anticipation but isn't necessarily looking forward to getting past the game.

Westbrook said Wednesday that he didn't know what to expect in terms of fan reaction to Durant, noting that it's up to the fans if they want to boo or cheer. Asked what kind of feeling he's gotten on how the fans will respond while walking around the city, Westbrook wasn't sure. 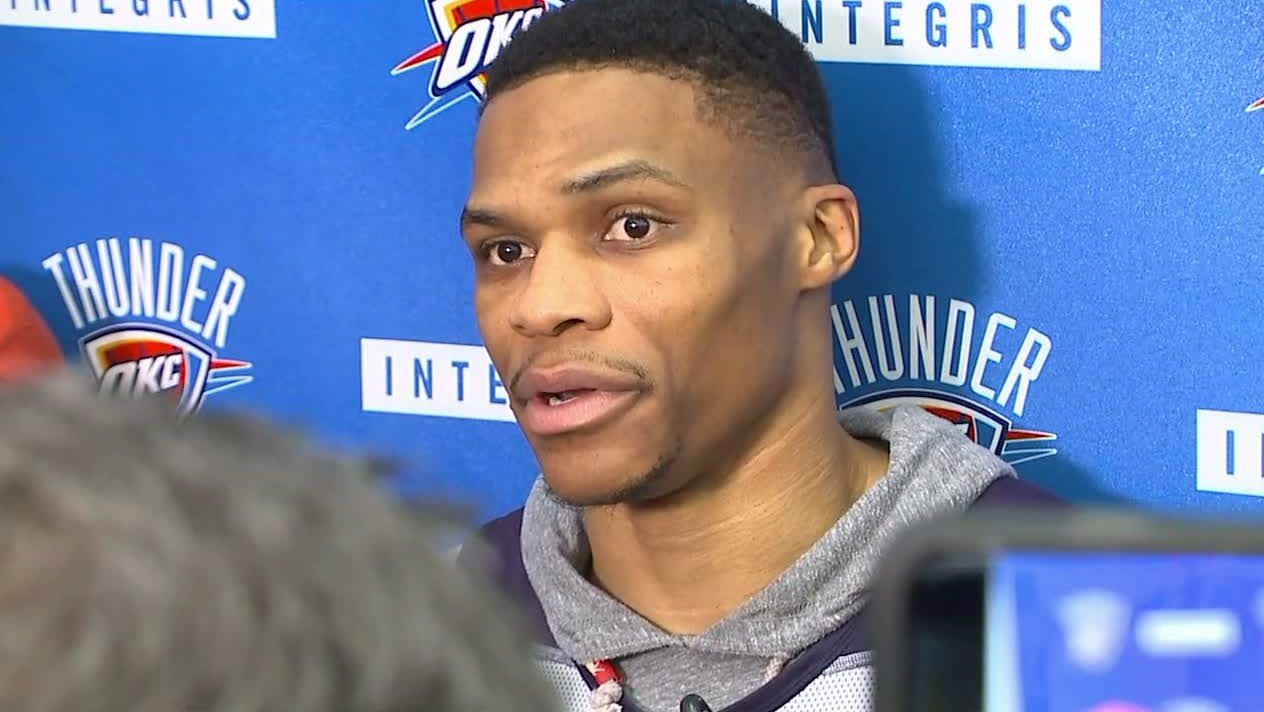