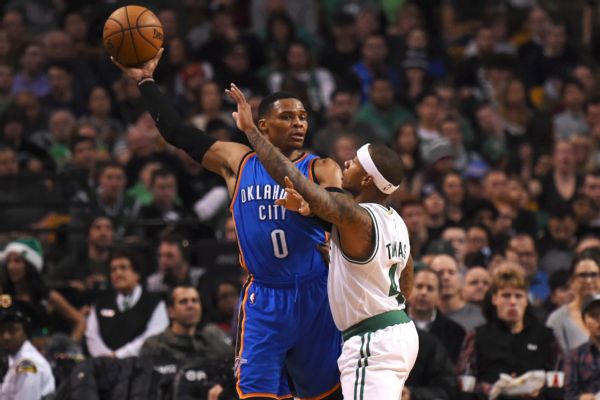 OKLAHOMA CITY --ThunderguardRussell Westbrook strongly denied he yelled "Thank you Kyrie!" as he ran off the court following his pregame warm-up routine before Sunday's 112-100 win over the Minnesota Timberwolves.

A video of Westbrook sprinting into the team's tunnel toward the locker room was posted to Twitter by the Thunder's official account, and as he made his way off the court he yelled a "thank you" to someone. The video spread on social media, with many believing Westbrook was shouting thank you toCleveland CavaliersguardKyrie Irving, who hit a game-winning jumper with 3.4 seconds left to defeat former teammate Kevin Durant and hisGolden State Warriors.

Westbrook, though, attempted to clarify and said he was thanking Jayme Sharpe, the daughter of Thunder trainer Joe Sharpe. Jayme can be seen sitting baseline in the video, right in front of where Westbrook took the shot.

"I would never say no other man's name like that, for one," Westbrook said. "'Thank you Kyrie,' who do I look like? I was talking to my trainer's daughter, whose name is Jayme. Thank you, Jayme. I'm not going to keep going on that. I'm going to keep my spirit up because I'm not about to even involve myself in no dumb stuff like that. So next question, man."

The timing also doesn't line up. Westbrook concluded his pregame routine with the walk-off shot at roughly 4:02 p.m. local time. Irving didn't hit his game winner until right at 4:15. Westbrook was asked if he watched any of the Cavs-Warriors game, and noted that he was on the court warming up during a large portion of it.

Westbrook concludes every warm-up by taking a 3-point shot while standing out of bounds in the corner, behind the backboard. He has a long-running joke bet with the Thunder staffers who sit nearby during his warm-up. 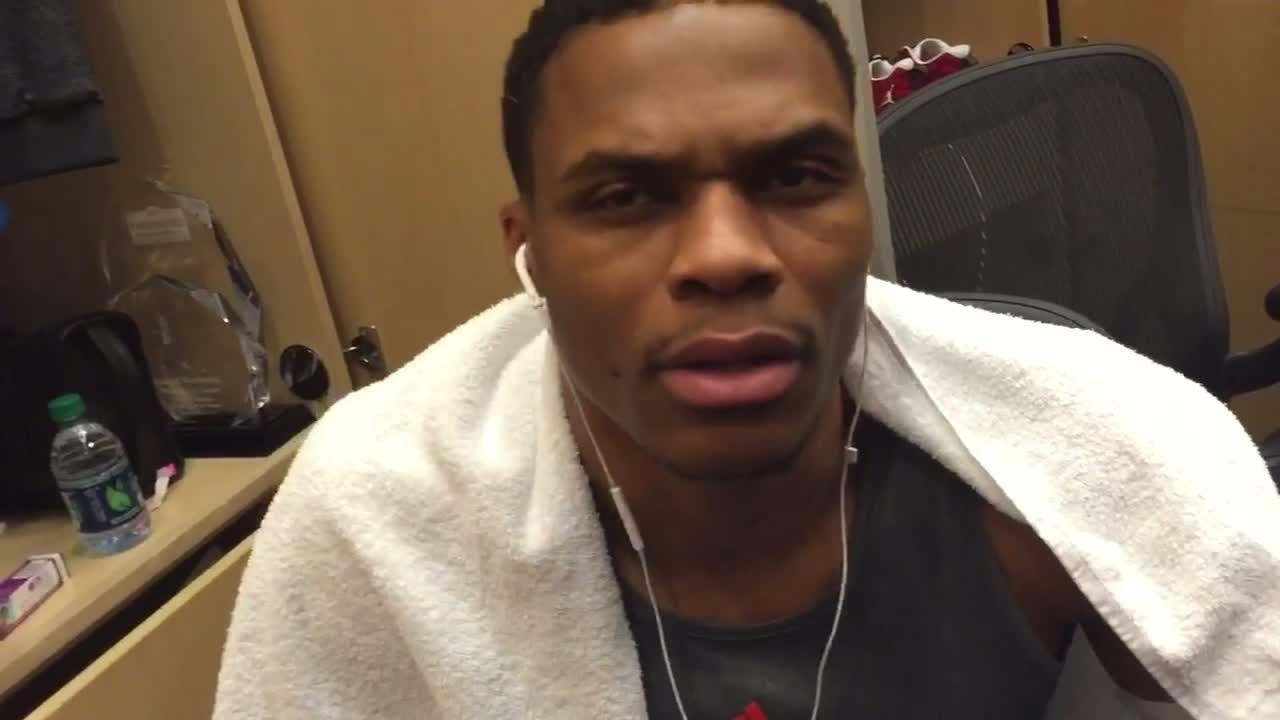