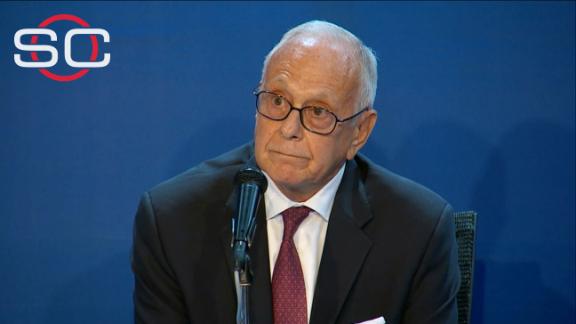 SMU coach Larry Brown emphatically insisted that he never lied after the NCAA issued a scathing report Tuesday that placed the blame on the veteran coach for multiple infractions tied to academic fraud -- including lying to NCAA investigators.

The report's findings have led to Brown being suspended for nine games and SMU being banned from postseason play next season. It is the nation-leading 10th major infractions case for SMU, the only school ever given the so-called death penalty, which shut down the football program for two seasons in the late 1980s.

Speaking to reporters after the release of the 60-page report, Brown said he quickly corrected a statement he made after being "blindsided" by a question during an interview with the NCAA and added that "I didn't lie to investigators."

"When I found out about what happened, I told the parties involved to do the right thing,'' Brown said. "In hindsight, I wish I would have done more. So when the question was proposed to me, I was kind of surprised."

Noting that NCAA rules dictate that the head coach is responsible for the entire program, Brown said he accepted that responsibility, but did "not accept the appropriateness of the punishment.''

In its report, the NCAA repeatedly suggested that Brown deliberately ignored warning signs and did nothing when he had the chance, choosing instead to make "choices against his better judgment when it came to compliance issues'' at SMU.

"These choices included not reporting possible violations in his program, initially lying to the enforcement staff during the investigation and providing no specific guidance to his staff on rules compliance,'' the NCAA said, adding that Brown waited more than a month to report misconduct after learning of it in 2014.

While quoting Brown in its report as saying, "I don't know why I lied,'' the NCAA said the coach acknowledged "his failed judgment'' during a hearing on the case.

The school said it was studying the report and had 15 days to decide whether to appeal penalties against Brown's team and the men's golf program, including scholarship and recruiting reductions.

SMU president Gerald Turner and athletic director Rick Hart lauded the school's compliance program as one of the strongest in the nation.

"As this particular case certainly underlines, however, individuals, if they choose to violate rules, can choose to do so,'' Turner said. "We as an institution have to accept responsibility for all violations, whether or not they're done by ignorance or done by intention.''

Turner said he was disturbed by the penalties against student-athletes who had "no involvement whatsoever with any of the issues that resulted in violations.''

That would include the basketball team, which last season went to the NCAA tournament for the first time since 1993 and now won't have a chance to repeat.

Brown, the only coach to win both NCAA and NBA titles, is also subject to a show-cause order over the next two years.

The 75-year-old Brown, for his part, said he was not thinking about resigning or leaving the program.

The NCAA found that the unnamed administrator had access to Frazier's username and password and completed his coursework for an online class required to boost his GPA before he got to SMU.

Asked whether the administrator acted alone in doing Frazier's coursework, Brown replied, "I believe she did."

He then was asked, "You didn't order her to do that?" and said, "Absolutely not."

"Nobody from your staff?"

"Absolutely not," he said. "I was never asked that question by the NCAA and I would answer it the same way if the NCAA asked. Absolutely not did I instruct anyone to take a course for Keith Frazier. ... I did not lie. I corrected a statement I made in 60 seconds and did the right thing."

Brown led Kansas to the 1988 national championship with Danny Manning leading the way before returning to the NBA as San Antonio's coach. But the Jayhawks were banned from postseason play the next season and placed on probation for recruiting violations during Brown's tenure.

UCLA was 42-17 in Brown's two seasons, but the Bruins' runner-up finish in the 1980 NCAA tournament was later vacated by the NCAA after two players were determined to be ineligible.

"Based on SMU's past history, I don't think they would have ever considered hiring me if they didn't have complete faith in me in running the type of program they could be proud of,'' Brown said. "I have nothing to be ashamed of in any of those cases. I'm proud of the things we achieved and I'm proud of the program we ran. I'm proud of the kids that played for me.''

Brown said he feels exactly the same way about SMU, "except for the fact I'm really disappointed in what happened to our kids, they had nothing to do with it.'' 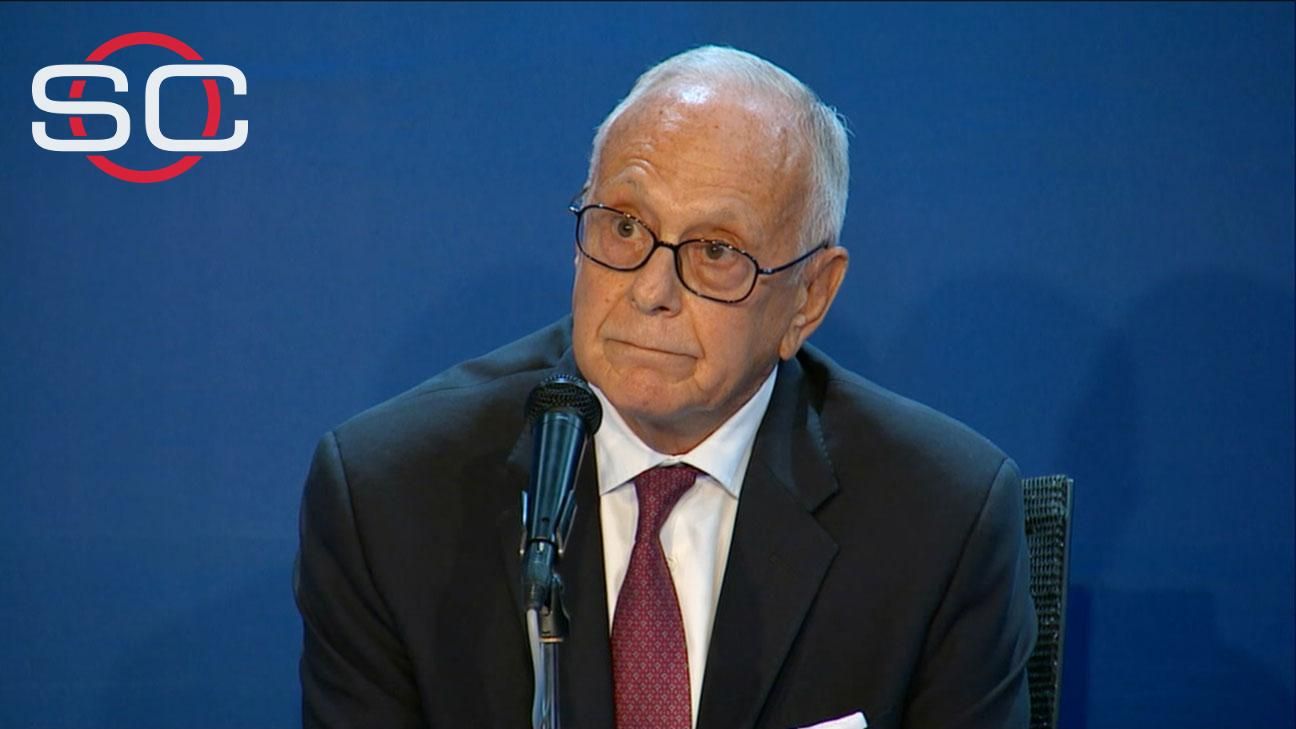 SMU's Larry Brown overwhelmingly disappointed for players
A solemn Larry Brown addresses the NCAA's punishment handed down to SMU for academic misconduct and explains how he broke the news to his seniors. 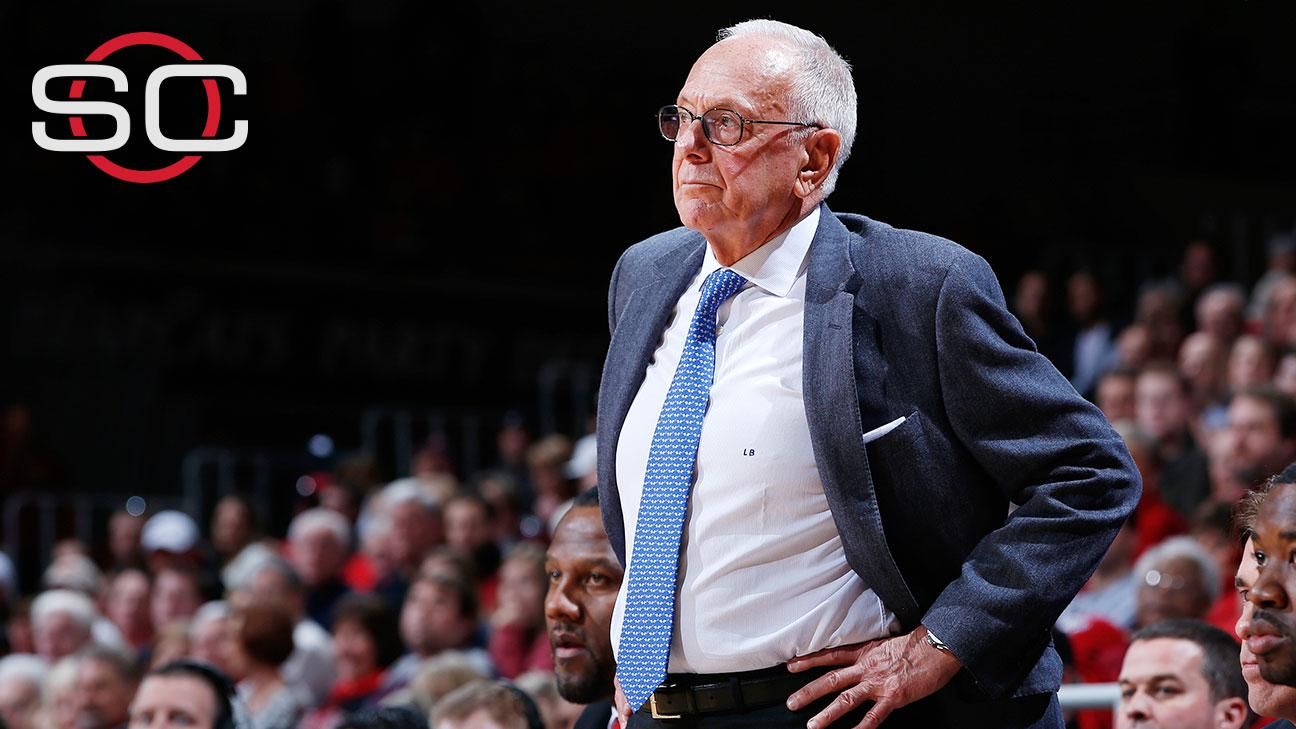