Source: Russell Okung drops out of race for NFLPA president 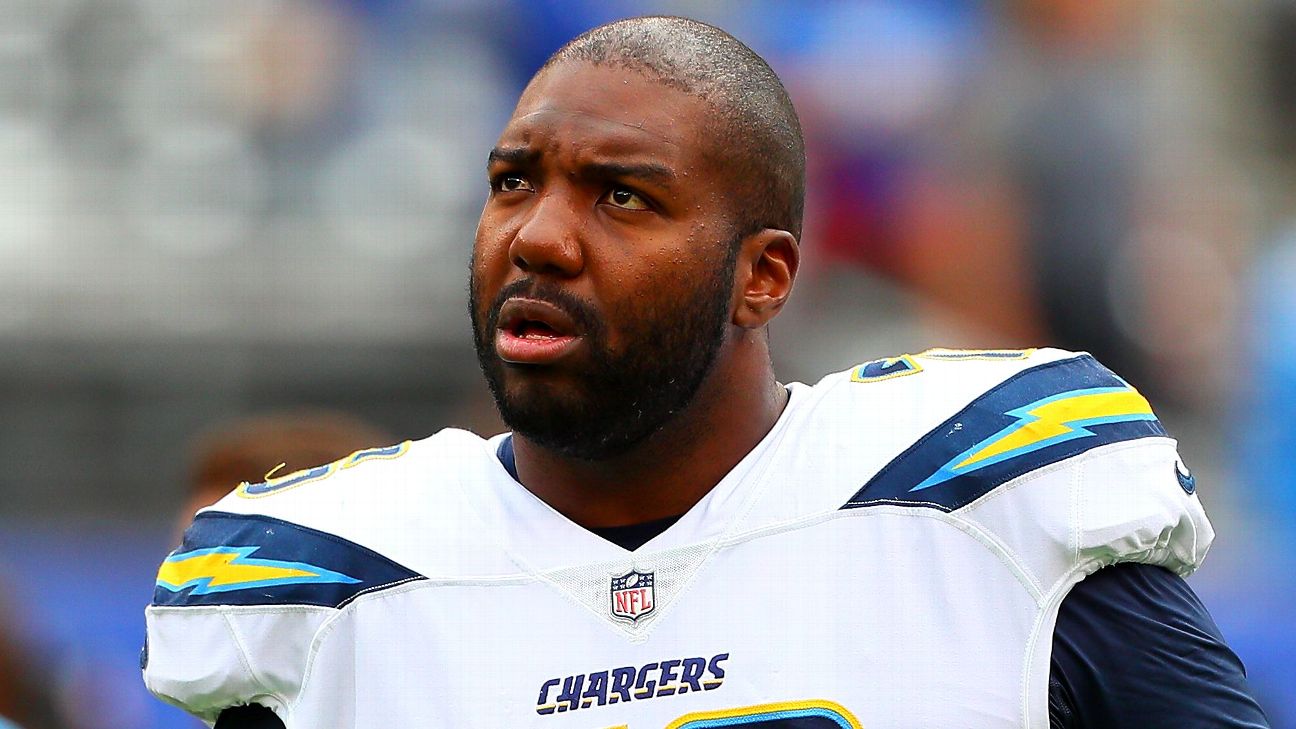 All four candidates -- New York Giants defensive back Michael Thomas, Cleveland Browns center JC Tretter, Tampa Bay Buccaneers linebacker Sam Acho and Okung -- gave speeches to the players in attendance at the NFLPA annual meetings Tuesday morning. Okung went last and announced he was no longer running for president, according to the source.

Okung then put his support behind Thomas with a strong speech, according to the source, while citing health issues he's dealt with over the past year-plus and a feeling that he wasn't going to be able to give 100% to the role. Richard Sherman, another vocal opponent of the new proposed collective bargaining agreement, nominated Thomas for the role Monday.

With Okung dropping out, one source told ESPN that Thomas is the front-runner to win the job. Thomas, who was a "no" vote on the new proposed CBA, has garnered respect from many players for his intelligence, leadership and communication skills. He also now has the support of Sherman and Okung.

Acho was a "yes" vote on the proposed CBA, while Tretter hasn't made public which way he is voting.

Voting for NFLPA president is scheduled to take place midday Tuesday, with each team rep in attendance holding a vote. Not every rep is in attendance, including Green Bay Packers quarterback Aaron Rodgers, but more than two-thirds of them are present for the vote.

Okung's decision to drop out comes just one day after he filed an unfair labor practice charge with the National Labor Relations Board against the NFLPA for bad-faith negotiating in regard to the proposed CBA.

The NFLPA responded to the charge Tuesday, saying in a statement: "Our union learned from press reports yesterday of a charge made by an NFL player referencing a violation of constitutional process for a new CBA. We fully complied with our constitution, which spells out the process for Board of Player Representatives to approve sending a proposed CBA to the full membership for a vote. With respect to the other allegations reportedly in the charge, those issues were addressed by the full Executive Committee and shared with Board of Player Representatives."

In the filing, Okung has accused NFLPA executive director DeMaurice Smith of pushing a vote on the new CBA through to the entire group of players despite objections from the NFLPA executive committee, who voted against recommending the proposal.

Okung has been among the most vocal players expressing disdain about the new proposed CBA and a potential 17-game season, and has said that NFLPA-NFL negotiations are not representing players' best interests in terms of health and safety. The filing with the National Labor Relations Board, a federal agency that enforces and protects employees against unfair labor practices, speaks to those issues.

The NFLPA then took a vote of all 32 team player reps in Indianapolis, with the vote being 17-14 to approve the deal, with one player abstaining. The NFLPA needs a two-thirds vote to pass the deal along to the full player group with recommendation. But despite being short of that number, it decided to still move the vote to the full player group without recommendation because it received a simple majority vote to approve.

The union did vote to extend the voting window by 48 hours -- until Saturday at 11:59 p.m. ET -- to allow more time for players to consider the proposal and vote via DocuSign. There needs to be just a simple majority (more than 50%) to pass the new proposed CBA.