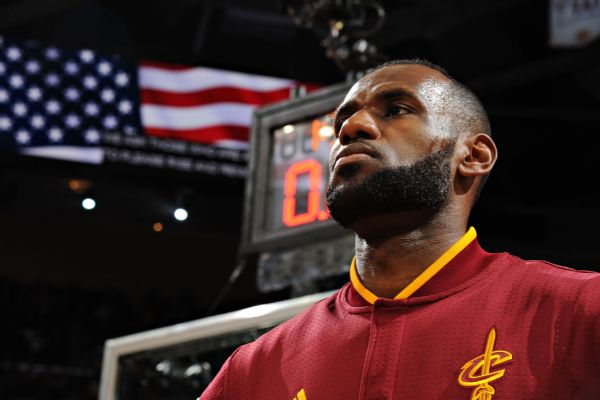 TORONTO -- A group of Cleveland Cavaliers players have been excused from staying at the team's planned accommodations, the Trump SoHo hotel in lower Manhattan, when the defending champions visit New York City this week to play the New York Knicks, multiple team sources told ESPN.com.

Other members of the team's traveling party will stay at the 46-story luxury building opened in 2010 and branded through a licensing agreement with President-elect Donald Trump, as the Cavs have a contract with the establishment.

LeBron James is included in the faction of players who will not be staying at the Trump SoHo, according to multiple sources. James publicly endorsed Democratic candidate Hillary Clinton about a month before Clinton lost the election.

ESPN.com previously reported that at least three other teams will cease their business relationships with Trump-branded hotels this season.

Since Trump's win Nov. 8, several Cavs players have expressed their disappointment in the results. Reserve forward Richard Jefferson suggested on his Snapchat account that the Cavs' trip to the nation's capital to celebrate their championship with President Barack Obama would make them the "last team to visit the White House." Jefferson later elaborated, "I just look across this league. There's been other players with 'scheduling conflicts' as they like to call it -- not necessarily a political stance. But I could see other scheduling conflicts coming up."

"I understand people's stance on Trump," Shumpert said. "I can't get caught up in the racial, sexist bulls--- he's got going on. That's his personal thing, ya dig? But I just don't think he can make anything shake like that. He not finna start no civil war out here. I do think he's crazy -- straight-up. I think he did that stuff to get people to think he's willing to shake it up. But did I vote for him? No. The other stuff that comes with him, I can't get with. But now that he's here, I'm not finna drag my feet. I gotta work here, at least until the offseason, if I wanna go get a crib in the islands."

Cavs shooting guard J.R. Smith also posted on Instagram his dismay with the election through the prism of his daughter.

Cavs fans will remember the Trump SoHo as the site of coach Tyronn Lue's late-season pep talk to Kevin Love last April, which propelled the power forward toward a successful postseason.