Sources: Michael Beasley to join Rockets for rest of season 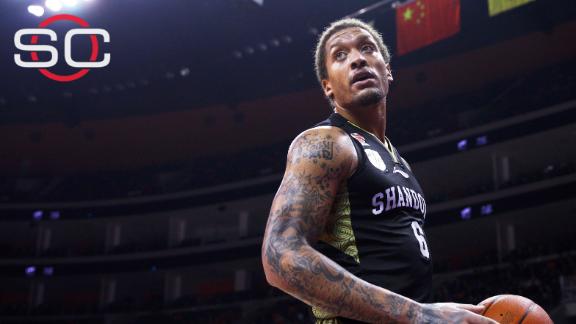 Fresh off being named MVP of the Chinese Basketball Association,Michael Beasleyis headed to the Houston Rockets, according to league sources.

Sources told ESPN.com that Beasley and the Rockets have agreed to a contract for the rest of the season at the league minimum, with Houston possessing a team option for next season.

ESPN.com reported last week that Beasley, 27, bypassed a lucrative offer from perennial European power Maccabi Tel Aviv, as well as other overseas interest, because he was determined to return to the NBA.

The Rockets are also adding another player whose season in China just concluded, signing shooting guard Andrew Goudelock to a two-year deal.

"I'm very excited. I'm very excited for the opportunity," Goudelock said. "I've waited a few years to get back in there. Little surprised I got the call, but happy and ready to help out the team."

Goudelock played for the Xinjians Flying Tigers of the Chinese Basketball Association. The Flying Tigers' season ended in the semifinals of the CBA playoffs on Tuesday.

Goudelock was named the 2012-13 NBA Development League MVP when he played for the Rockets' D-League team, Rio Grande Valley.

The last time he played in the NBA was during the 2013 season for the Lakers.

Information from ESPN's Calvin Watkins contributed to this report.