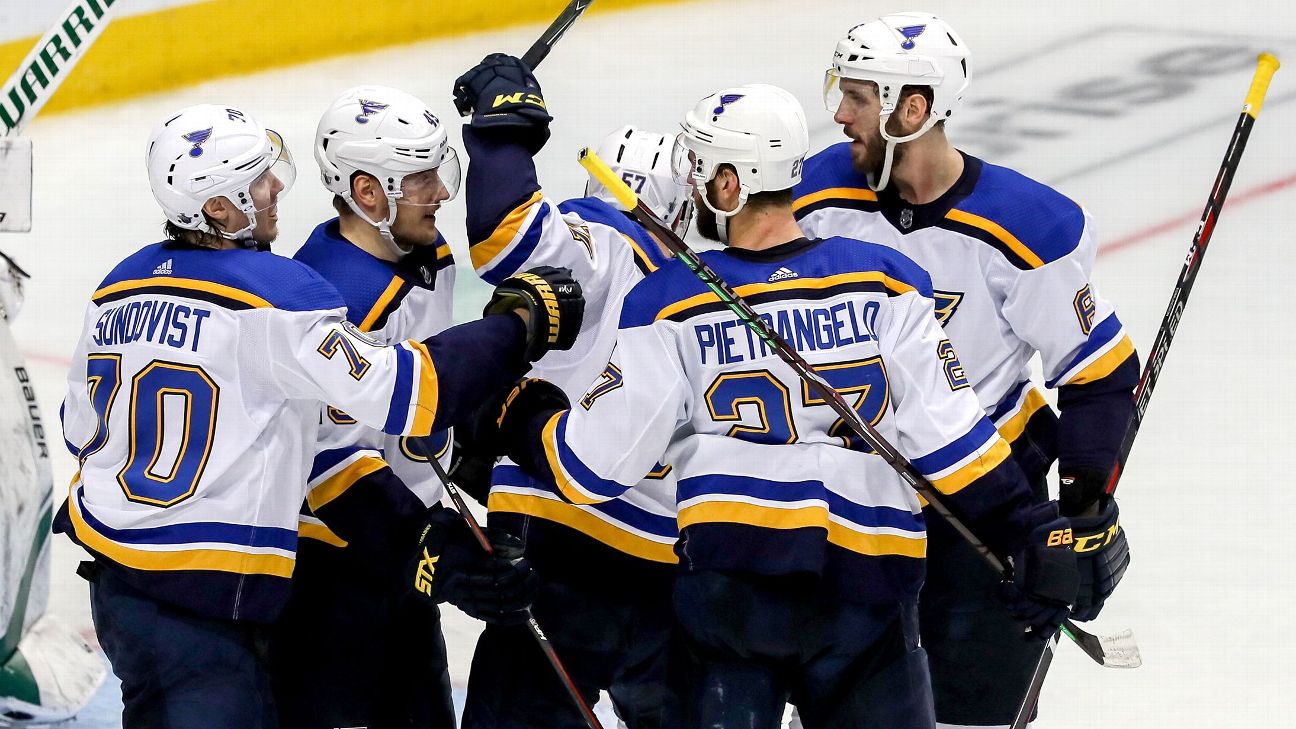 ESPN
By Emily Kaplan
The St. Louis Blues struck early and often in a critical Game 6 against the Dallas Stars, meaning we'll have at least one Game 7 on our slate this week.

Play of the night | Today's games | Social post of the day

Just when you want to count the Blues out, they come roaring back. In a do-or-die Game 6 on the road, St. Louis looked as confident as ever. The Blues are now 5-1 on the road in these playoffs, the best record of any team. Perhaps more impressive? They're outscoring opponents 11-2 on the road in the third period.

Some controversy stemmed from whether the refs should have blown the whistle when Ben Bishop got hit in the collarbone, went down in pain, and the Blues scored while he was down. The NHL's supervisor for the series, Kay Whitmore, defended the official's decision. "The puck hit him in the shoulder and they didn't deem it serious," Whitmore said, per a pool reporter. He added: "It wasn't a long duration of time. But the rule is pretty clear in that situation." The Stars say they expect Bishop to be fine for Game 7.

With his team on the brink of elimination, the captain set the tone. Pietrangelo scored just 63 seconds into the game, which rattled the Stars.

Schwartz had a goal and an assist, upping his total to a team-leading 11 points these playoffs. His eight goals trail only Logan Couture.

Perron's no-look shot proved to be the game winner, and he provided the most quotable moment from the locker room after the win (see below).

OK, so it's a dud from two nights ago. But we can't stop thinking about that poor trash can.

Blue Jackets coach John Tortorella guaranteed that his team would return to Boston for a Game 7. Why? "Because we will," he said. When asked to react to that bulletin board material, most Bruins players didn't bite. It's smart not to get into a war of words when the action has been so entertaining on the ice. David Pastrnak, Brad Marchand and Patrice Bergeron are sizzling right now (11 points in the past two games, accounting for six of Boston's eight goals). Blue Jackets forwards have scored only six even-strength goals in the five games so far in this series, which is not ideal.

We've finally learned a bit more about what Joe Pavelski has been enduring since his injury in Game 7 of the first round. The Sharks captain suffered a pressure cut that required staples, and he experiencedconcussion symptoms. But he has been skating and training every day and will join the team on the trip for this game, meaning he could be in for Game 6. The Avs will need more big stuff from goalie Philipp Grubauer, who is coming off a playoff career-high 37 saves in Game 5. The Avs hope Nathan MacKinnon can spark things; the center mustered just one shot and no points in Game 5 following an eight-game point streak.

What is this wizardry?

Reddit has reminded me that I wrote this back in January and I'm going to bring it to my next job review. https://t.co/A8BrdKJMmd pic.twitter.com/IOe2J8UFV7

Perron on Berube making another bold lineup move that paid off: "He's got some balls. I know you don't like to hear this word, but I didn't think of anything else. Sorry, I'm French." #stlblues 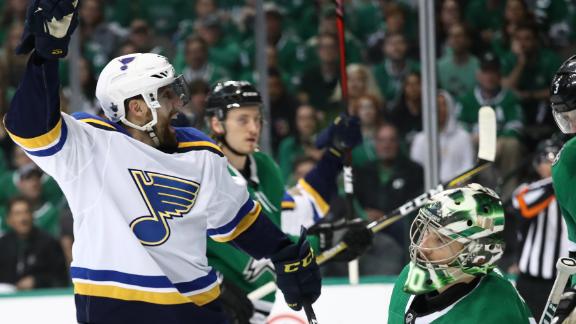