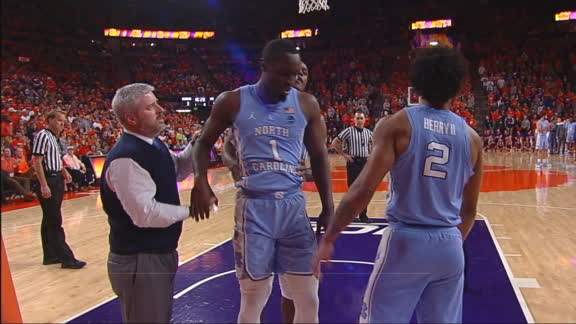 Theo Pinson exited No. 19North Carolina's 82-78 loss at No. 20Clemson after straining his left shoulder when he crashed hard to the court going for a rebound.

Williams said Pinson would need an MRI to assess the extent of the injury, which occurred early in the first half. He had no idea when Pinson might return.

Pinson, a key catalyst for the Tar Heels at multiple positions, went into Tuesday's game averaging 9.5 points, 6.0 rebounds and 4.4 assists per game this season. He also has connected on 81 percent of his free throws.

North Carolina have now dropped three games in a row. The Tar Heels were down by double digits against the Tigers entering the second half.

Pinson's injury and the loss capped a turbulent day for Williams' squad. Reserve guard Jalek Felton has been suspended by the team and cannot participate in any university activities, the team announced on Tuesday. The team said it could not provide any details due to federal privacy laws. 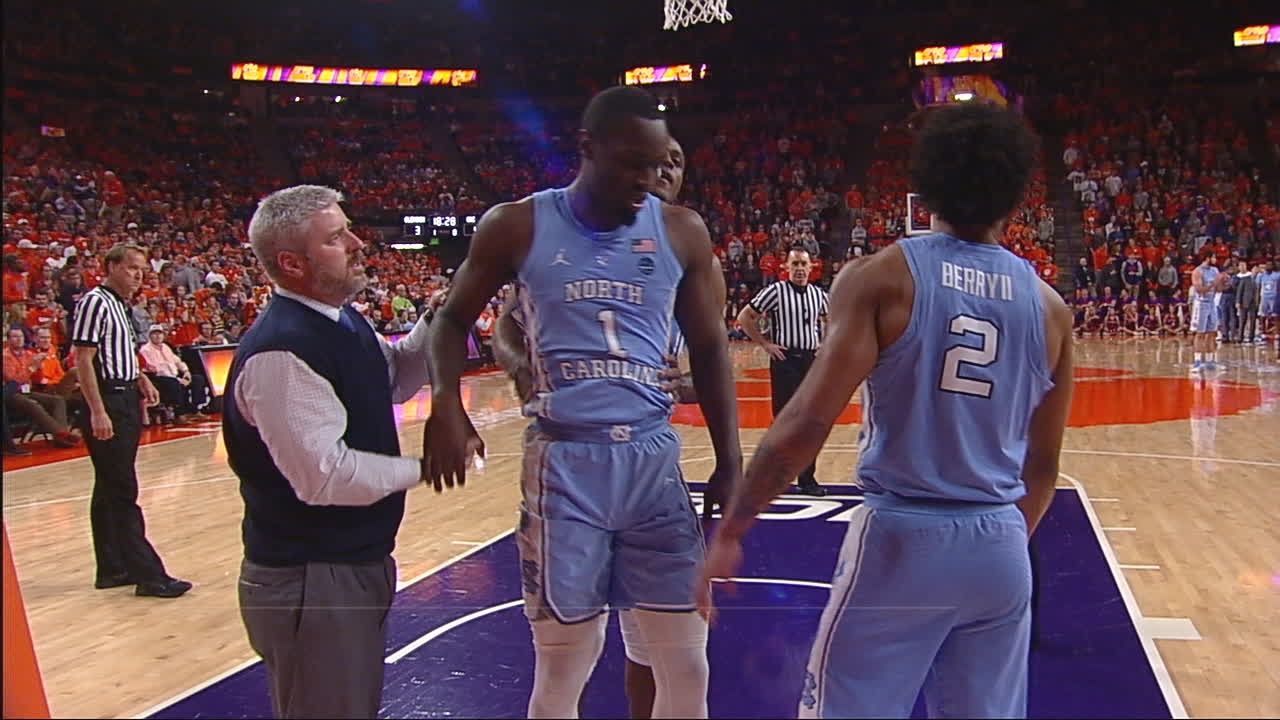