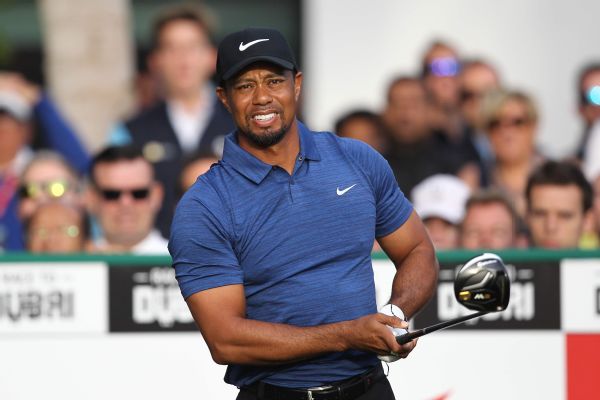 The back spasms that forced Tiger Woods to withdraw from a tournament in Dubai last week will keep him out of his next two scheduled starts as well.

Woods announced on his website Friday that he will skip next week's Genesis Open at Riviera and the Honda Classic in Palm Beach Gardens, Florida, the following week due to ongoing back spasms.

"My doctors have advised me not to play the next two weeks, to continue my treatment and to let my back calm down," Woods said. "This is not what I was hoping for or expecting. I am extremely disappointed to miss the Genesis Open, a tournament that benefits my foundation, and The Honda Classic, my hometown event."

The Tiger Woods Foundation now runs the Genesis Open in Los Angeles, and Woods was expected to play the event for the first time since 2006.

The symptoms are similar to what Woods experienced prior to the second round of the Omega Dubai Desert Classic, where he withdrew Feb. 3 after shooting a first-round 77that included no birdies.

When he dropped out of the Dubai event, his agent, Mark Steinberg, said the problem was not related to nerve issues that have plagued the 14-time major champion over the past few years.

Woods, 41, returned to competitive golf in December at the Hero World Challenge following a 16-month absence due to multiple back surgeries in 2015. His play was promising in the Bahamas, where he led the field in birdies and seemingly had no physical issues.

When he returned to the PGA Tour two weeks ago at the Farmers Insurance Open, Woods missed the cut by four strokes.

Woods plans to determine his playing schedule going forward after his back is reassessed. Since he is not eligible for the WGC-Mexico Championship, the next possible places he could play would be the Valspar Championship, March 9-12, and the Arnold Palmer Invitational, March 16-19.