UFC's Dana White: 'I don't know if Holly really knows what she lost' 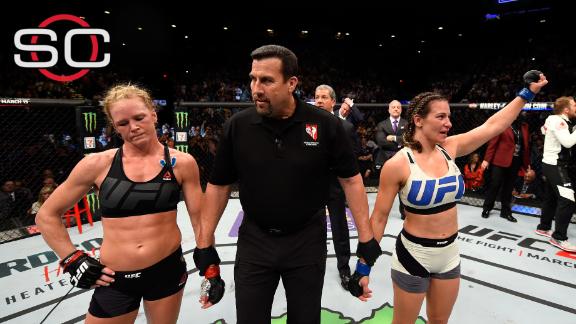 White's concern played out last weekend, when Holm (10-1) suffered her first professional loss via fifth-round submission to Miesha Tate at UFC 196 in Las Vegas. The loss cost Holm the UFC's bantamweight championship, which she won in November by knocking out Rousey.

According to White, the UFC is now eyeing a third fight between Tate (18-5) and Rousey (12-1) later this year, and he blames Holm's longtime manager, Lenny Fresquez, for the divisional shakeup.

"The sad part about that is, listen, he's an old boxing guy who thinks he's smart, and he's not," White said during an appearance on ESPN's Russillo & Kanell. "It's one of those things. I feel bad about it. I feel bad for Holly. I don't know if Holly really knows what she lost. I think she has so much faith in the people that surround her, she feels like, 'Well, they got me this far.'

"We had this meeting, and Holly wasn't even in it. Holly, that's your life. You should be in that meeting. Don't leave it to these people. Anyway, Holly made a lot of money. She accomplished great things, she beat Ronda Rousey. But it could have been so much bigger for her, and the sad part is, I don't think she even knows it."

When contacted by ESPN.com, Fresquez said Holm was well aware of the risk she took.

"Of course, she knows," Fresquez said. "It was a team decision, and Holly is the boss. She wanted to fight, and she got her wish. I think she'll fight Miesha or Ronda next. That's my personal feeling, but who knows what the UFC has cooking? Holly was dominant in that fight against Miesha except for the second and fifth round. She paid for it. Hat's off to Miesha for capitalizing.

"What happens next is the UFC's decision. All I can speak to are Holly's wishes. Holly wants to fight Miesha right away. She wants to fight Ronda Rousey. Even with the title, a fight between Miesha and Rousey doesn't have the glamour a fight with Holly and Ronda does. Yeah, Holly lost. She made a mistake, but she'll learn from it. Everyone saw she's a warrior."

Before UFC 196, Holm told ESPN.com she had been willing to accept an immediate rematch against Rousey but was worried the earliest it would happen would be fall. Holm, 34, wasn't willing to wait that long.

Regarding the overall health of the UFC following the losses by two of its stars, Holm and featherweight champion Conor McGregor, White didn't seem too worried.

"Do you know how long I've listened to people talk, 'What are you guys gonna do when Chuck Liddell leaves? What are you gonna do when [Georges St-Pierre]goes?'" White said. "This is a fight promotion. There's always somebody super talented coming down the pipeline, man. It's always been that way, and it will always be that way." 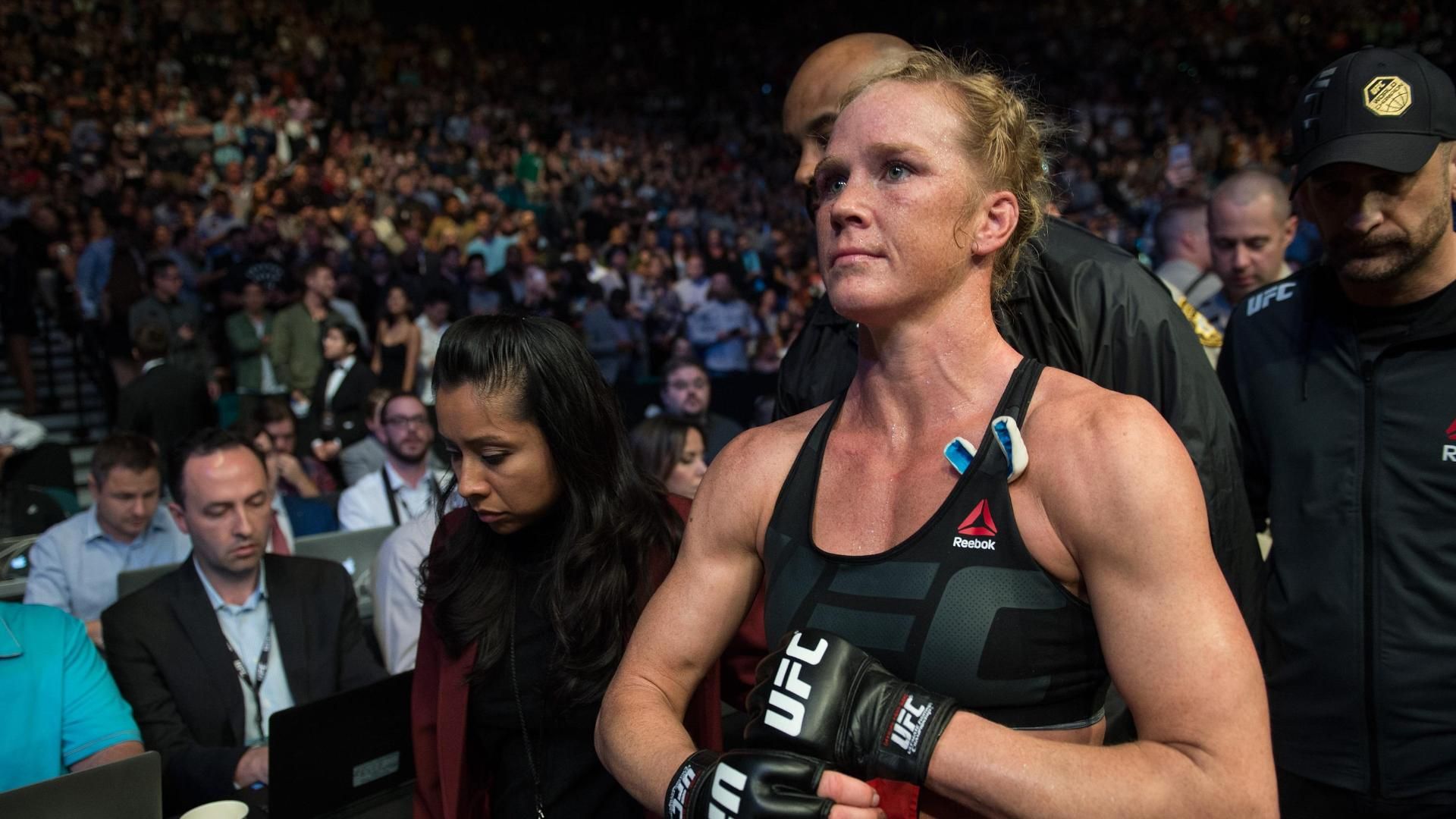 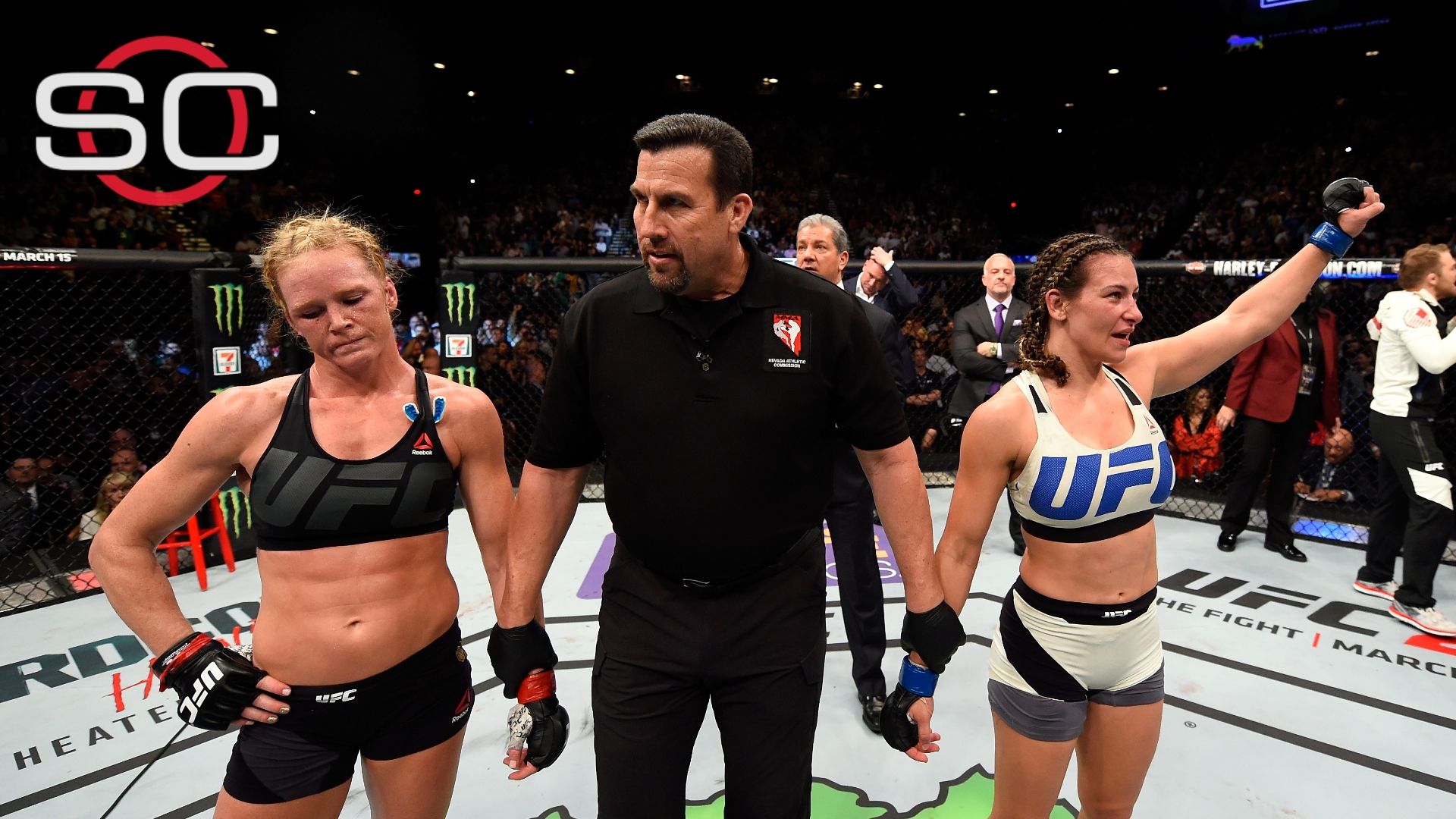