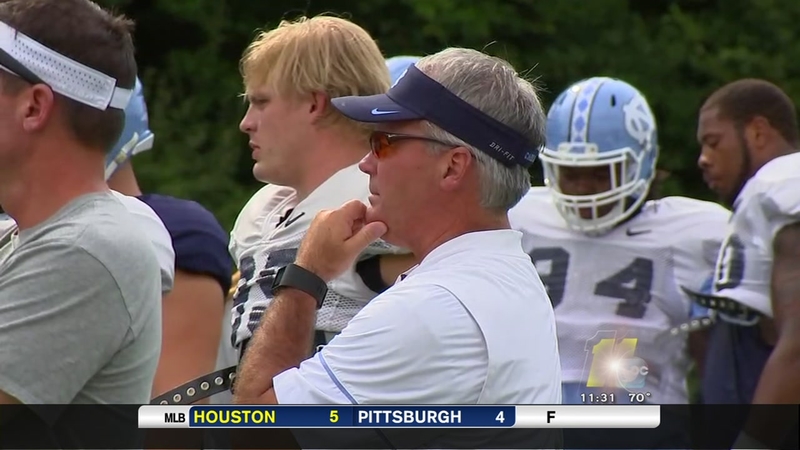 Beckman was fired by the Fighting Illini on Aug. 28, 2015 following a school investigation that concluded that the coach influenced medical decisions and pressured players to play hurt. In April, Beckman settled a wrongful termination lawsuit against the school for $250,000.

Beckman has working history with Tar Heels coach Larry Fedora, as they were both assistant coaches on Oklahoma State's staff in 2007.

Text from Bubba Cunningham re: Beckman:

"He is a friend of Larry's and he wants to help him. We discussed it and I approved it."

"Very limited role as a volunteer. No contact with students and a chance to learn. Would not have approved hiring."

Beckman went 12-25 in three years as Illinois' coach, and just 4-20 in Big Ten play. The Illini made a bowl game in Beckman's final season, losing to Louisiana Tech in the Zaxby's Heart of Dallas Bowl.

A school investigation into Beckman's program was launched following Twitter allegations from former Illinois offensive lineman Simon Cvijanovic in May 2015.

Interestingly enough, UNC travels to Champaign this year to take on Illinois on Sept. 10, although it is unclear if Beckman's duties with the Heels will require him to travel.