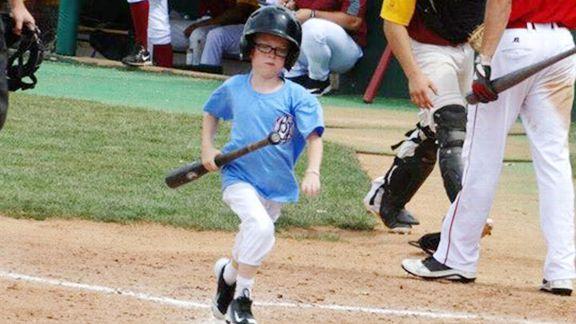 WICHITA, Kan. -- The National Baseball Congress is suspending the use of bat boys and girls during its World Series in Kansas following the death of a 9-year-old boy who was hit by a bat.

Kaiser Carlile died Sunday after he was hit in the head with a follow-through swing near the on-deck circle during the Liberal Bee Jays' game a day earlier. He was wearing a helmet.

The general manager of the National Baseball Congress later decided to suspend the use of bat boys and girls, the Wichita Eagle reported. The tournament runs through Saturday.

The organization is planning to honor Kaiser at games Monday and Tuesday.

The city of Wichita owns the facility and is deciding whether to investigate the death. A city official says it's too early to decide.