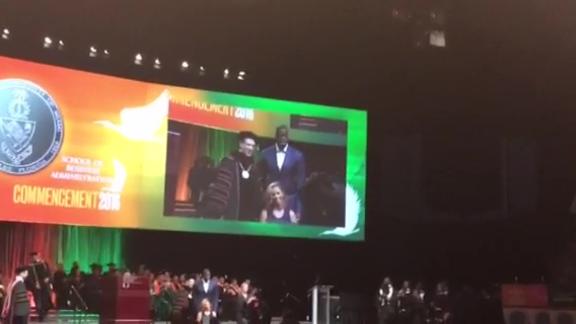 ESPN
By Mike Triplett
Will Smith was on track to graduate from the University of Miami's inaugural MBA program for artists and athletes when the former New Orleans Saints defensive end was shot and killed last month.

On Thursday night, Smith's wife, Racquel, accepted that master's degree on her late husband's behalf during the school's graduation ceremony.

It was one of Racquel Smith's first public appearances since her husband was killed and she was shot in each of her legs on the night of April 9, when a traffic incident turned into a fatal confrontation.

"She was extremely proud of Will," a publicist for the Smith family, Lauren Renschler, told the Associated Press after Racquel accepted the degree.

Will Smith, 34, was also considering a coaching internship with the Saints this summer as he continued to plan for his life beyond football. Smith's playing career ended in 2014 after he spent his first 10 seasons in New Orleans.

Suspect Cardell Hayes has been charged with the second-degree murder of Will Smith and the attempted murder of Racquel Smith, among other charges.

Hayes has pleaded not guilty.

Police released a crash report Wednesday that identified some of the other people traveling with Smith and his wife on the night of the shooting.

Former Saints player Pierre Thomas, who was on the scene at some point that evening, was not identified as being in any of the three vehicles involved in the traffic accident.

Hayes pursued Smith after Smith's vehicle appeared to bump him from behind a few blocks earlier and Smith then drove off, according to surveillance video.

Smith's vehicle was then struck from behind by Hayes' vehicle, which caused a three-car pile-up. An argument ensued, which resulted in Smith being shot eight times -- seven in the back -- and Racquel being shot twice in the legs.

The Hernandezes' attorney, Martin Regan, said they were friends and neighbors of the Smiths and had dined with them that night. 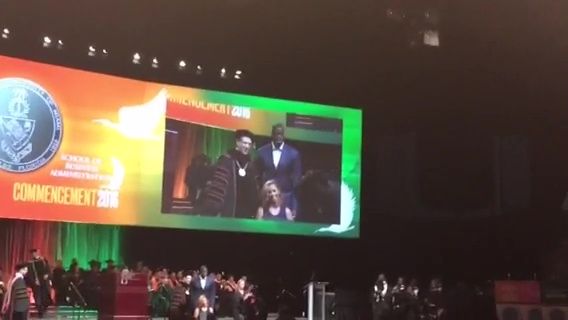