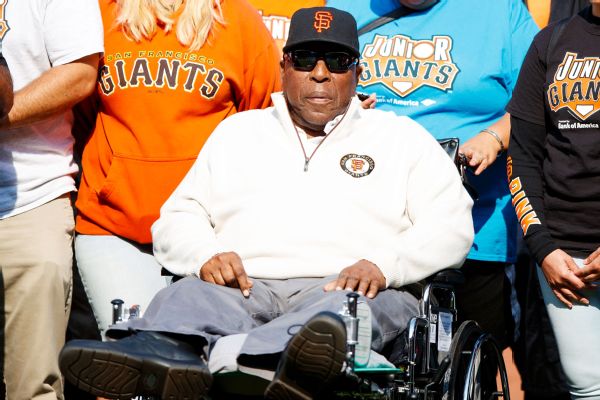 Baseball Hall of Famer Willie McCovey was one of 273 people to be pardoned or have their sentences commuted by President Barack Obama on Tuesday.

"I want to express my sincere gratitude to President Obama not only for this kind gesture on my behalf, but also for his tireless service to all Americans," McCovey said, through the Giants. "He will be deeply missed and I wish him all the best in the future."

McCovey, along with fellow Hall of Famer Duke Snider, pleaded guilty to tax evasion in 1995 and received two years probation and a $5,000 fine. The charge stemmed from unreported income received from memorabilia shows.

"The only thing I'd like to say is, well, I've always tried to do the right things," McCovey told a federal judge at his sentencing hearing in 1996, according to The New York Times. "I have never willingly tried to cheat the government, and it's one of those things that was overlooked at the time and I do accept responsibility for it."

McCovey was one of 64 people pardoned by Obama on Tuesday, while 209 people had their sentences commuted, including convicted Army leaker Chelsea Manning.

McCovey, now a senior adviser for the San Francisco Giants, turned 79 on Jan. 10.