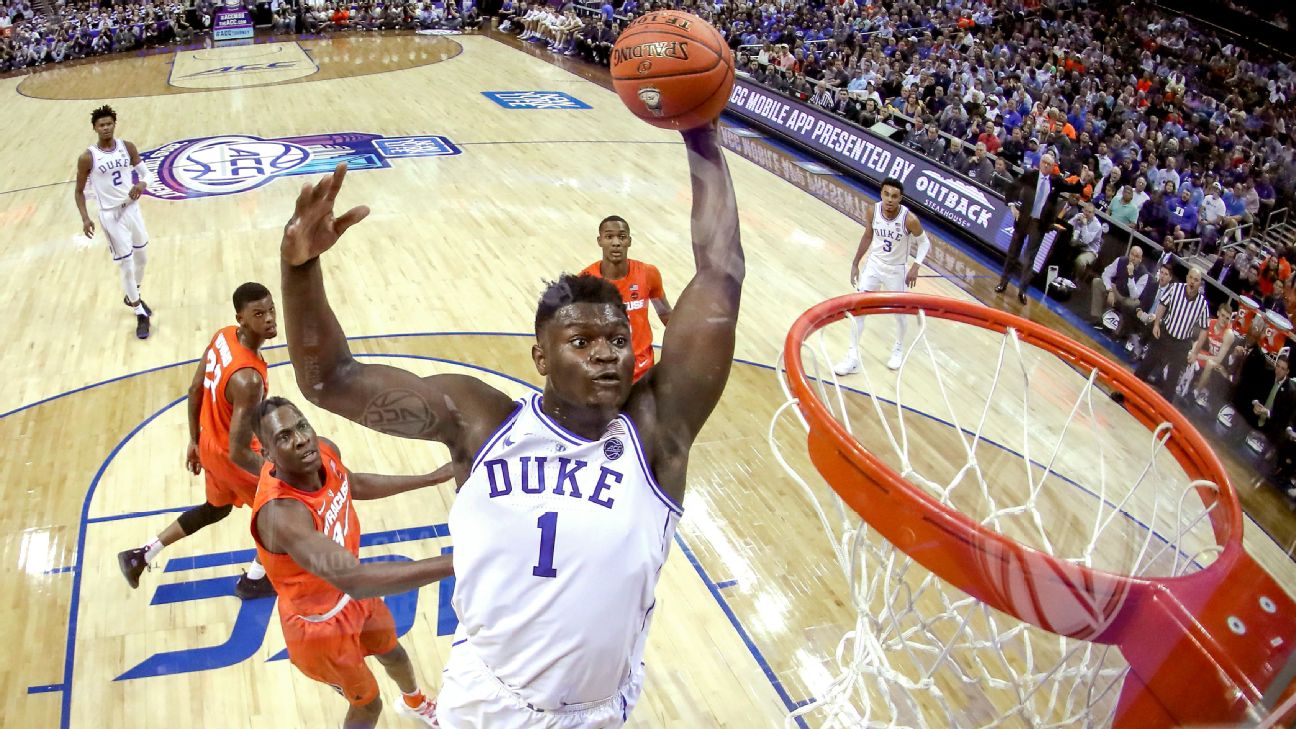 Duke sensation Zion Williamson added another honor to his freshman season as he was named theNaismith Men's Player of the Year on Sunday.

Williamson is the eighth Blue Devils player and third freshman -- along with Kentucky's Anthony Davis and Texas' Kevin Durant-- to receive the award.

"It is truly an honor to receive this and join such an elite list of former Blue Devils to have also won the award," Williamson said in a statement. "There were so many great players who could have won this award this year. I can't thank my teammates, coaches and family enough for helping me. This is a team award, and it's an honor for me to accept this on behalf of my brothers."

Williamson, 18, averaged 22.6 points and 8.9 rebounds per game while ranking second nationally by shooting 68 percent. He also ranked among the ACC leaders in steals (2.12) and blocks (1.79).

Duke was eliminated in the Elite Eight by Michigan State, and Williamson, the No. 1-ranked NBA draft prospect by ESPN.com, is expected to go pro. 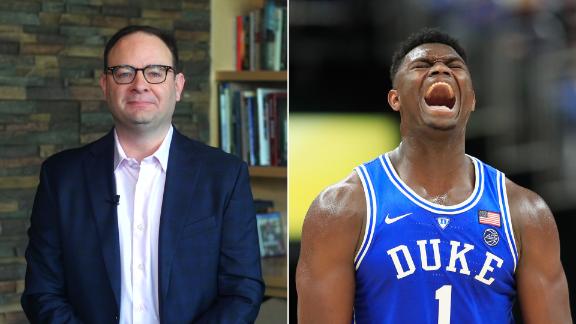 Woj: Zion is a generational talent, on and off the court
Adrian Wojnarowski identifies the traits that make Zion Williamson a uniquely appealing prospect to NBA teams. 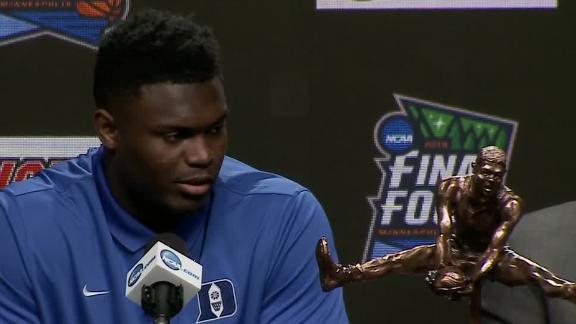