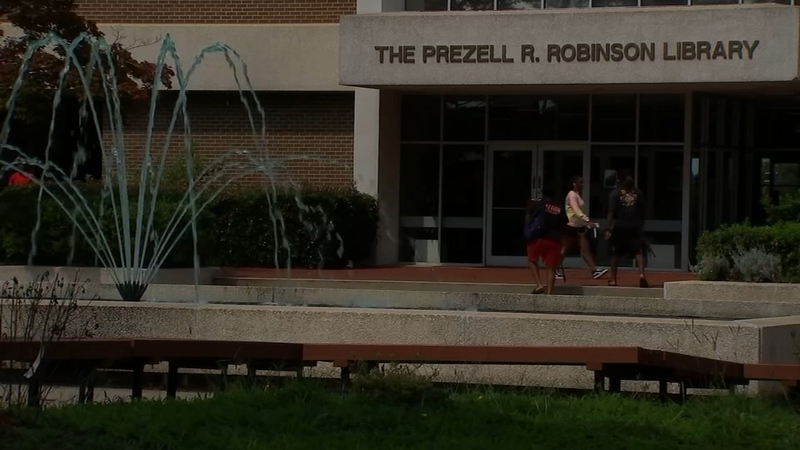 The debts include $300,000 to DK & Sons Construction, which confirmed it had suspended its work on roof repairs earlier this summer.

A source also estimated $500,000 is due to Hughes Company, Inc., a Georgia-based construction company, and $100,000 to Champions National Security, a private firm out of Charlotte.

Kimberly Williams, Director of Communications at St. Augustine's said the checks for DK & Sons will be mailed as early as Friday; she disputed both reports about debts to the other two entities.

Champions, she said, "breached" an existing contract with the university and is being referred to the university's attorneys. As for security on campus, Williams maintains students will be safe "with or without Champions" because of the full-time police department on campus.

"We have not at any point put our students at risk," Williams said. "We are in negotiation with several vendors and at this time we are not able to discuss the details of our contacts and relationships with our vendors."

A manager at Hughes, while not denying being owed money, dismissed late payments as "normal business."

St. Augustine's, one of the Triangle's oldest Historically Black Colleges and Universities (HBCUs), has been touting its comeback with surging enrollment and what it claimed were "balanced budget" for the 2019-2020 academic year. The college, which dates back to 1867, almost lost its accreditation from the Southern Association of Colleges and Schools Commission on Colleges (SACSCOS) and was on probation due to past financial issues.
Report a correction or typo
Related topics:
businesscollege
Copyright © 2022 WTVD-TV. All Rights Reserved.
TOP STORIES
Snow likely to stick around due to cold temperatures
Aerial views of Triangle area covered in snow
Slick roads found across central NC
Delta flight slides off taxiway after landing at RDU
Arnold Schwarzenegger involved in multi-vehicle crash
Booster shots needed against omicron, CDC studies show
Regina King's son, musician Ian Alexander Jr., dead at 26
Show More
Truck with 100 monkeys crashes, 1 still on the loose, police say
How to make snow cream
Anti-mask parent threatens to bring guns to school: 'Loaded and ready'
Laundrie claimed responsibility for Petito's death in notebook: FBI
2 NYPD officers shot, 1 fatally, responding to domestic violence call
More TOP STORIES News