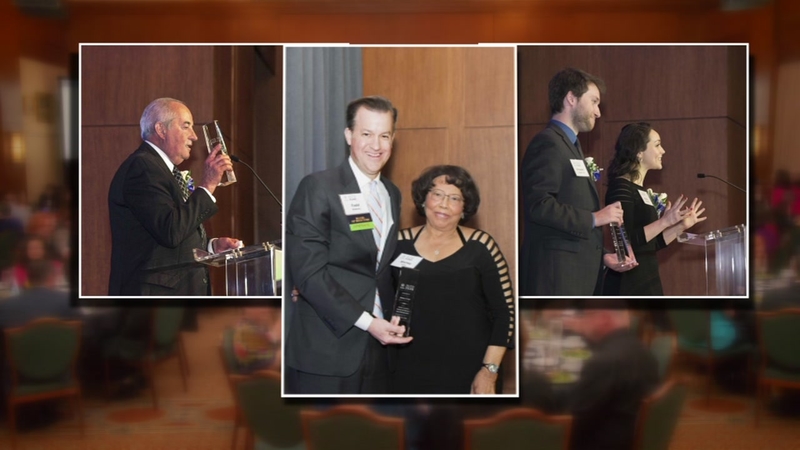 They were honored for their pioneering work in supporting STEM education (science, technology, engineering and mathematics) across North Carolina.

Shirley Frye began her career as an educator in Greensboro, teaching the second grade. She continued her career at Bennett College and North Carolina A&T State University where she rose to the Assistant Vice Chancellor for Development and University Relations role. Frye also served on the Board of Trustees at the North Carolina School of Science and Mathematics.

Sam Houston is President and Chief Executive Officer of the North Carolina Science, Mathematics, and Technology Education (SMT) Center, a non-profit organization dedicated to the advancement of science, mathematics, and technology in schools. Houston started his career as an educator in an elementary school classroom.

Houston was superintendent of Mooresville City Schools for a decade. He also was an adjunct professor at Appalachian State University and UNC-Chapel Hill and served as Executive Director of the North Carolina Education Standards and Accountability Commission.

Co-directors Elaina Sabatine and Grayson Cooper accepted the honor for their work in Halifax and Northampton counties.