'You don't have to try to be courageous, you are. That's just inherently part of who I am.'
WTVD
By Dionne Miller 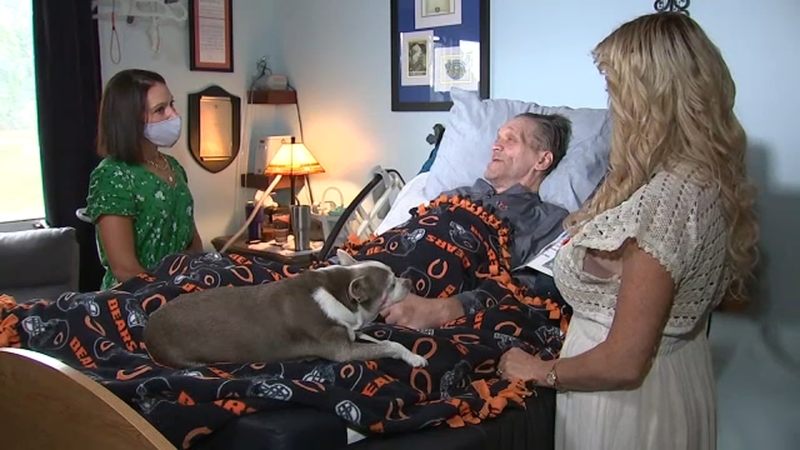 CHICAGO -- Battling ALS is not a fight Chicago Bears legend Steve "Mongo" McMichael ever thought he would have to wage. But it's one he's taking on with the same determination and tenacity he brought to the football field for so many years.

Four years ago, the ALS Association of Greater Chicago awarded former NFL safety Steve Gleason the Grid Ironhorse Award as he battled the disease. McMichael accepted on Gleason's behalf, never believing the incurable disease would be his story, too.

"Look at me, and look at who I used to be," McMichael said. "Denying wanting to be the poster boy for this. This is not the legacy I wanted to leave."

McMichael became a fan favorite during 12 seasons with the Bears that included the '85 Super Bowl win, dismantling opposing quarterbacks with the same strength and intimidation he's now using to fight ALS.

"I've turned into, from the entertainer to, just somebody in the house, a fan," McMichael said. "I'm so glad football season's on. I get to sit here and watch games. You know, like, I'd taken for granted and wasn't watching the sport like I used to."

"Don't take for granted what you've got going on in your life right now," he added. "Because if you do later on in your life, you will look back and regret it. You know what invigorates me, from time to time some Bible quotations go across my mind. 'Thy will be done.' And, 'The Lord giveth and the Lord taketh away. Blessed be the name of the Lord.'"

On Saturday, Mongo will return to Chicago's Soldier Field for the 20th annual ALS Walk For Life, where he will receive the Les Turner ALS Foundation's first-ever Courage Award.

"Oh my gosh, he's the most courageous person I think any of us know," his wife said. "He's the best. He's a super sweet guy."

"You don't have to try to be courageous, you are. That's just inherently part of who I am, you know," McMichael said. "I'm not going to go gently into that good night. Rage against the dying of the light. That's courage."