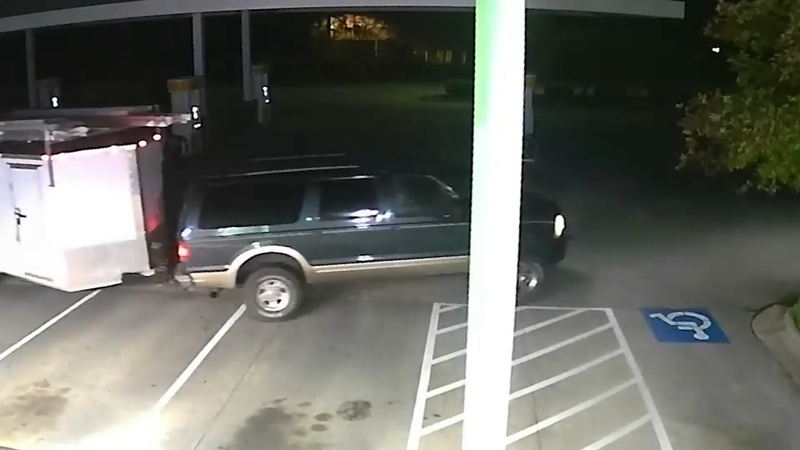 Yogesh "Yogi" Monocha shared a security video with ABC11 from Sunday morning. He said he believes a truck with a trailer attached is the getaway vehicle.

The incident happened at the Cheers convenience store on Langston Pond Drive around 5:30 a.m. while the store was closed.

When staff opened several hours later an alarm went off warning the gas levels had dropped.

The owner said he believes the thieves were professionals.

"I had a call from Cary Police this afternoon and they were saying this may not be the only incident. The same truck and trailer might have stolen gas in other places in North Carolina," said Monocha. "It makes you mad at what's happening. It's happened to us. We have to be careful now going forward and let everybody know this. We need to stop this."

Cary Police have not confirmed whether the vehicle in the video is the one they are searching for.