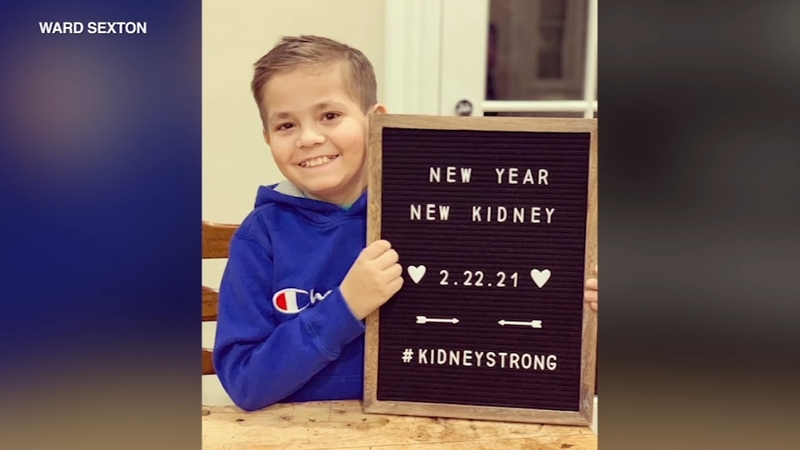 CHICAGO, Illinois -- A woman's lifesaving donation to a 6th grade boy is truly inspirational. Gavin Sexton needed a new kidney, and a woman who worked at his school answered the call.

Gavin Sexton has been through a lot in his 11 years. At the age of 3, he was diagnosed with Wilm's Tumor, a form of kidney cancer found mainly in children.

He had one kidney removed, but when the tumor kept coming back over the years, radiation treatments damaged his other kidney.

"It was pretty tough. I didn't feel well," he said. "I'd mostly go home and sit around."

Ward Sexton said he and his wife Robyn set their sights on getting their son a new kidney and tried to find a donor.

Last year, they wrote a letter asking those who may be interested to get a blood test to see if they were a match for Gavin. The email was forwarded and landed in the inbox of Ann Chiumino, who works in administration at Sacred Heart Academy, where Gavin is a student. The two did not know each other, but Chiumino said she felt the need to answer the call.

"I just thought, if this were one of my daughters, I would want somebody to come forward and see if they're a match," Chiumino said.

Chiumino was confirmed a good match for Gavin at the start of the pandemic, and COVID slowed down the process of getting the procedure underway. But she remained committed, and for that, Gavin's parents are grateful.

Gavin's condition reached the point where he needed dialysis every night and had to be hooked up to a machine in his room. But finally, this past February, the surgery took place and he received Ann Chiumino's kidney. And he felt better immediately.

"I was still in the hospital when Robyn told me," Chiumino said. "And she said, 'He doesn't need dialysis from here on out,' and it just made me so happy."

Now, that day in February will be remembered as the day a stranger became a lifesaver and put Gavin on the road to recovery.