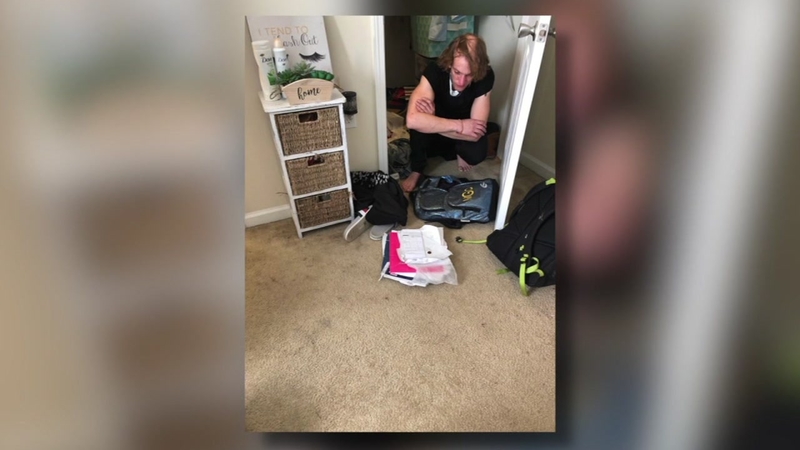 GREENSBORO, N.C. -- A man is behind bars after officials said he broke into a University of North Carolina at Greensboro student's closet to wear her clothes.

The bizarre incident happened just steps away from the college at the Summit at the Edge Apartments on Oakland Ave.

Maddie told WGHP her clothes have been going missing for a while.

She said while the clothes were going missing, handprints were being left behind on the bathroom wall.

For a while, she and her roommates thought it might have been a ghost. But on Saturday a more earthly explanation of the supernatural mystery started to become clear.

"I just hear rattling in my closet," Maddie explained. "It sounded like a raccoon in my closet. I'm like, 'Who's there?' And somebody answers me. He's like, 'Oh my name is Drew.' I open the door and he's in there, wearing all of my clothes. My socks. My shoes. And he has a book bag full of my clothes."

"He tries on my hat. He goes in the bathroom and looks in the mirror and then is like 'You're really pretty. Can I give you a hug?' But he never touched me."

Officials are not sure how he got in, but Maddie said it's not the first time a stranger was inside her home.

Employees of the building said they changed the locks of the apartment, but Maddie said she still doesn't feel safe.