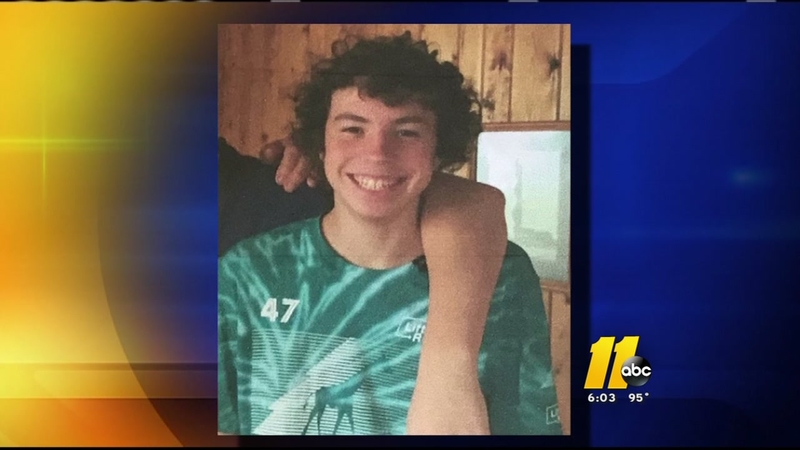 Search for missing teen in Pittsboro

PITTSBORO, North Carolina (WTVD) -- Authorities suspended a water search Friday for a teen who was reported missing near Sugar Lake in Pittsboro on Wednesday.

The Chatham County Sheriff's Office said they were halting the search for Gabriel Boone Cummins because of concerns about diver safety.

Cummins was last seen in the 300 block of Sugar Lake Road between 1 and 2 a.m., according to officials.

Cummins' family said the 18-year-old goes by the name "Boone."

Missing teen's family says he goes by "Boone"... his father is pleading that anyone who knows where he is to call authorities. #abc11 pic.twitter.com/ly8NNTGzEr

His parents reported him missing just before 5 p.m. Wednesday.

Members of the Chatham County Sheriff's Office, Emergency Management, North Chatham Fire and Rescue, and First Health are helping in the search.

Dive teams from surrounding agencies had been searching the water since Wednesday night.

Authorities searched in areas of water 40-feet deep, but Sugar Lake, a former rock quarry, can reach depths of 100 feet or more. It is privately owned, but frequently trespassed, according to officials.

On Friday, officials determined that the lake floor was littered with old machinery and hazardous debris that would make further dive attempts highly dangerous for rescue personnel. As of 2 p.m., crews at Sugar Lake disbanded.

"This does not mean we are giving up on Boone or discontinuing the search," Chatham Sheriff Mike Roberson said Friday. "We are simply shifting our focus away from the lake as we continue to gather information and form new leads. We are doing everything in our power to find Boone and hope to see him return safely to his family."

UPDATE: Divers out of the water for now. Deputies say water too cold, zero visibility. Going to try sonar in search for missing teen. #abc11 pic.twitter.com/5McaTsu5iN

Now, his father has been on the scene with the rest of his family since Wednesday night.

"Boone, or any of Boone's friends, if you get this message, please reach out to somebody - us, a friend, the sheriff's department. You're not in any trouble," he said. "We're just really concerned and want you home safe. Just let us know that you're OK. Love you."

Anyone with any information regarding Cummins' whereabouts is asked to contact the Chatham County Sheriff's Office at (919) 542-2911.