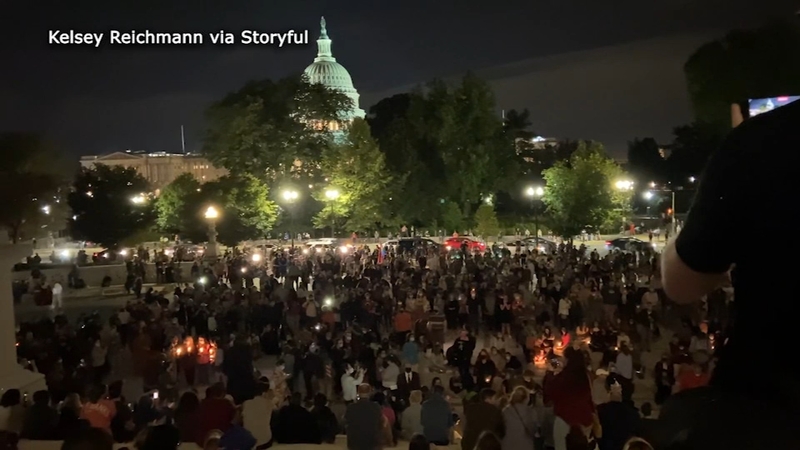 WASHINGTON D.C. -- A large crowd of mourners gathered on the steps of the U.S. Supreme Court in Washington D.C. on Friday evening, following the death of Justice Ruth Bader Ginsburg's death.

As the mourners remembered and honored Ginsburg, they were heard singing John Lennon's "Imagine."

Ginsburg died Friday, Sept. 18, from complications of metastatic pancreating cancer at the age of 87, according to the Supreme Court.

"Our Nation has lost a jurist of historic stature. We at the Supreme Court have lost a cherished colleague," Chief Justice John G. Roberts said in the statement.

Ginsburg announced in July that she was undergoing chemotherapy treatment for lesions on her liver, the latest of her several battles with cancer.

Ginsburg spent her final years on the bench as the unquestioned leader of the court's liberal wing and became something of a rock star to her admirers. Young women especially seemed to embrace the court's Jewish grandmother, affectionately calling her the Notorious RBG, for her defense of the rights of women and minorities, and the strength and resilience she displayed in the face of personal loss and health crises.