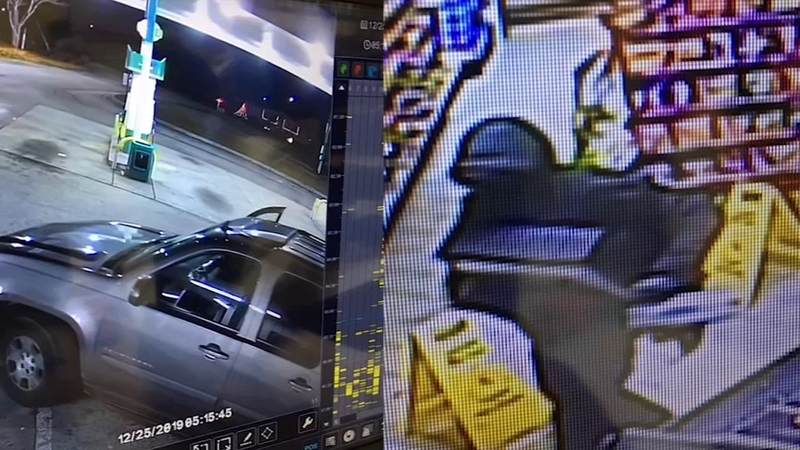 The Wake County Sheriff's Office is trying to find the people responsible for ramming an SUV into several convenience stores overnight.

The first incident happened at On the Way Gas and Grocery on Old Milburnie Road just before 4 a.m.

Then, just after 5 a.m., there was another smash-and-grab at Handy Hugo on Buffaloe Road.

Shortly after that, deputies responded to a similar call at BJ's Grocery Store on Rolesville Road.

Investigators are looking for two men who they believe used a full-size SUV to smash into the front doors of the convenience stores, with the intent to steal items inside.

A surveillance camera captured one of the attempts and showed a 2008 Grey Chevy Suburban that was previously stolen from a charter school in Raleigh. The license plate is FJD2761.

On Wednesday afternoon, the sheriff's office said it found the SUV abandoned near Louisburg and N. New Hope roads. Investigators are processing it for evidence.

The suspects have not been found.
Anyone with any information about this case is asked to contact the Wake County Sheriff's Office at (919) 856-6911.
Report a correction or typo
Related topics:
wake countyburglarysmash and grabcar theft
Copyright © 2022 WTVD-TV. All Rights Reserved.
TOP STORIES
Man accused of killing 2 in Fayetteville dies
NY teen found dead in SC after 13 years; Sex offender charged
NC Primary Election: What to know before you vote
NC Board of Elections provides update on primary election day
Durham voters turnout on Primary Election day
FDA authorizes Pfizer COVID-19 booster shots for children ages 5 to 11
Amber Heard cross-examined about fights with Johnny Depp
Show More
Pedestrian struck and killed on Cumberland Road in Fayetteville
Congress dives into UFOs, but no signs of extraterrestrials
You can now order 3rd round of free at-home COVID-19 tests
In Buffalo, Biden mourns victims, says 'evil will not win'
Inmate caught after escaping Orange County prison in Hillsborough
More TOP STORIES News