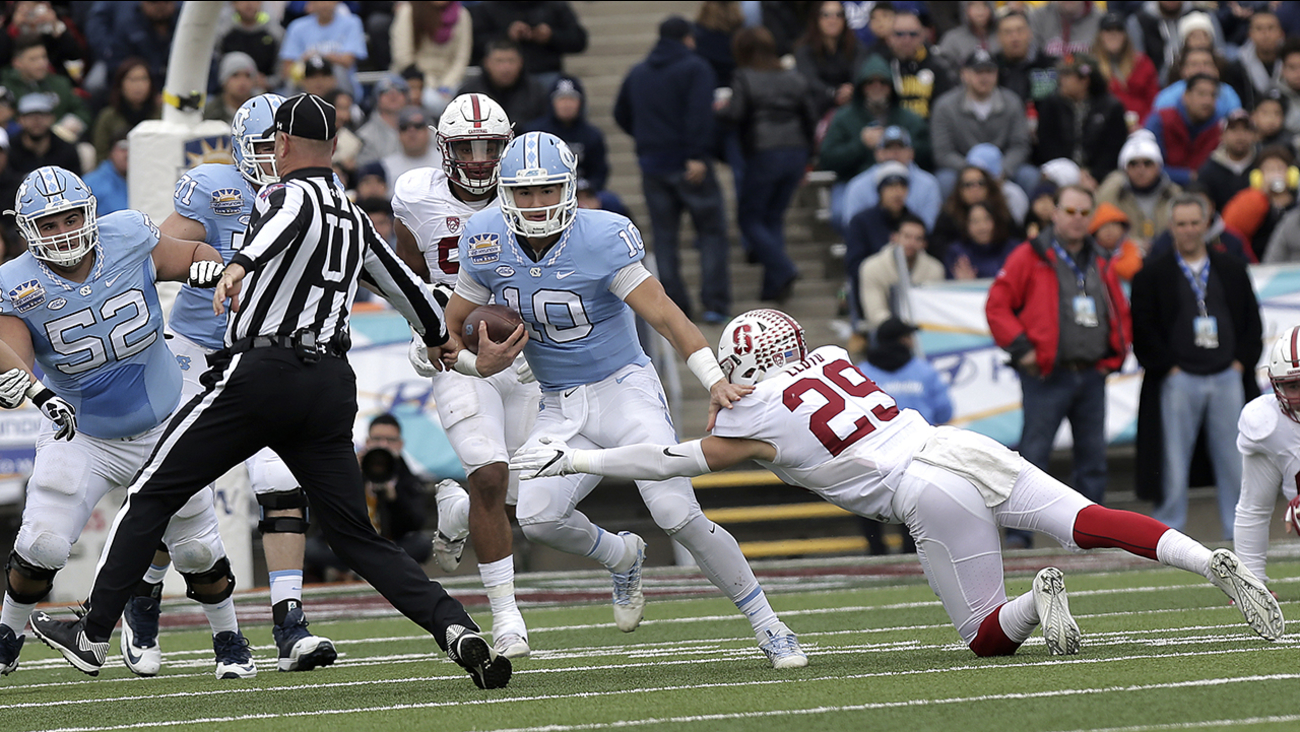 EL PASO, Texas (WTVD) -- Former Wake Forest High School star Bryce Love took over for the absent Christian McCaffrey in the Stanford backfield, running for 119 yards and catching a 49-yard touchdown pass to help the No. 16 Cardinal beat North Carolina 25-23 on Friday in the Sun Bowl.