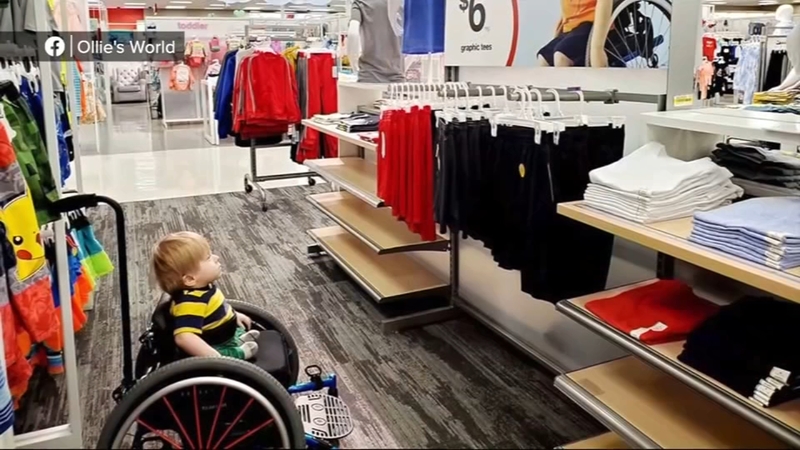 PEORIA, AZ -- An Arizona mother was moved to tears when an advertisement at Target caused her son to stop in his tracks and stare in awe at the sign.

"It was just a beautiful moment to see. Him admiring somebody like him because he doesn't get to see that often," Demi Garza-Pena said to KNXV in Arizona.

Garza-Pena's son, Ollie, is almost two years old. He uses a wheelchair to get around because he was born with a rare condition called caudal regression syndrome, which affects his lower spine and organs.

While the pair were shopping in Target, Ollie noticed something inspiring on a sign hanging above a rack of clothes.

The sign showed a young boy in a wheelchair.

Seeing her son's response to the advertisement showed Garza-Pena how important representation can be, especially for children. She hopes other stores will follow Target's lead.

"Everywhere...everybody, everywhere, all the time. That would make a huge difference," Garza-Pena said about where she'd like to see more inclusive advertisements.