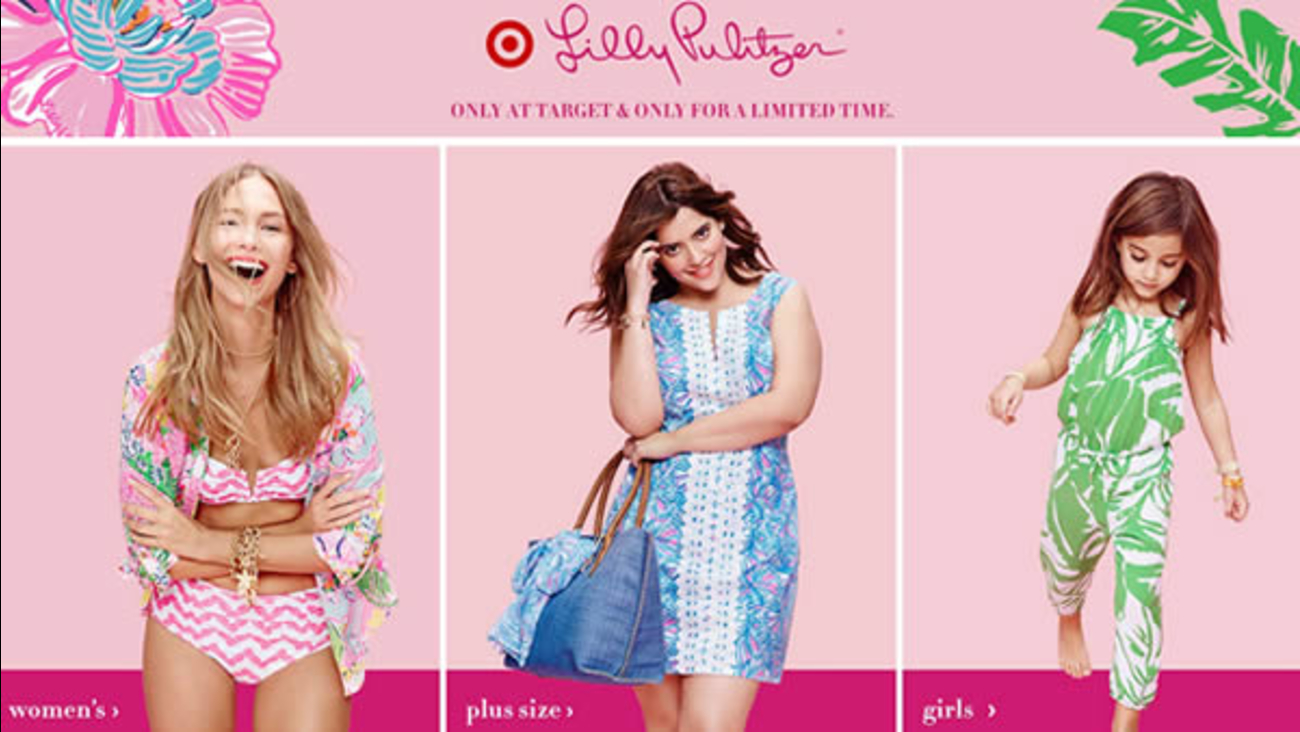 The launch of Lilly Pulitzer's limited edition line at Target created a shopping frenzy on April 19, 2015, with the collection selling out in many stores and online in minutes. (Target.com)

MINNEAPOLIS -- The launch of a new designer line caused a shopping frenzy at Target stores and online. Many Lilly Pulitzer fans who stayed up to buy pieces from the limited edition collection were greeted with website issues on Target.com early Sunday morning. Customers then learned that most items had already sold out online.

Target spokesman Joshua Thomas says the website did not crash, but that the retailer had to take steps to manage the site due to overwhelming traffic. That included allowing only some customers access to the site at certain times. At one point, Target made the site inaccessible for about 15 minutes so it could grapple with the traffic.

Many Target stores sold out of the collection within minutes of their doors opening Sunday morning.

A rush of shoppers snapped up the 250-piece collection at prices far below the cost of the Palm Beach designer's luxury collection.

Many of the items have already popped up on eBay, to the dismay of shoppers across the country.

A Target spokesperson says the store will not have more items available.

All that remains of #PinkSunday.... Some empty white shelves and disappointment. pic.twitter.com/clImmf5s23

Due to the overwhelming excitement for the #LillyforTarget collection we are making adjustments to our website. Stay tuned for updates.

For those still waiting for #LillyforTarget, we are continuing to work through our website experience. We will share updates as they come.

We know you're frustrated & we're sorry. We appreciate your patience. You can now shop the #LillyforTarget collection http://t.co/7CxiiJQj9P

I feel like I just did the IronMan LillyThon! No sleep and still haven't crashed! #PinkSunday #LillyforTarget

Still shaking with adrenaline from #LillyforTarget. Or maybe it's the 45 minutes of sleep in the past 14 hours mixed with coffee #PinkSunday

Shocked when told in line by @Target employee they WERE NOT limiting # of items purchased. ALL bags bought by TWO people! #LillyforTarget

#LillyforTarget for girls was like when a new Jordan sneaker drops for guys. Except on steroids & with way more chaotic high pitched sounds.

Everything gone in three minutes. Women waited in line w/hundreds of dollars, left with nothing. How is this good business? #LillyforTarget

To all the people who are purchasing Carts full of #LillyforTarget just to sell it on eBay...I hate you.

The fact that the #LillyforTarget line is already on eBay makes me sad. People took entire racks just to resell it for 5x as much. #pathetic

I sincerely believe there should have been a police presence at the #LillyforTarget opening day. I have seen terrible things.

What I learned at #LillyforTarget, one actually needs 5 makeup bags, a whole rack of scarves, and 4 of the same dress to themselves