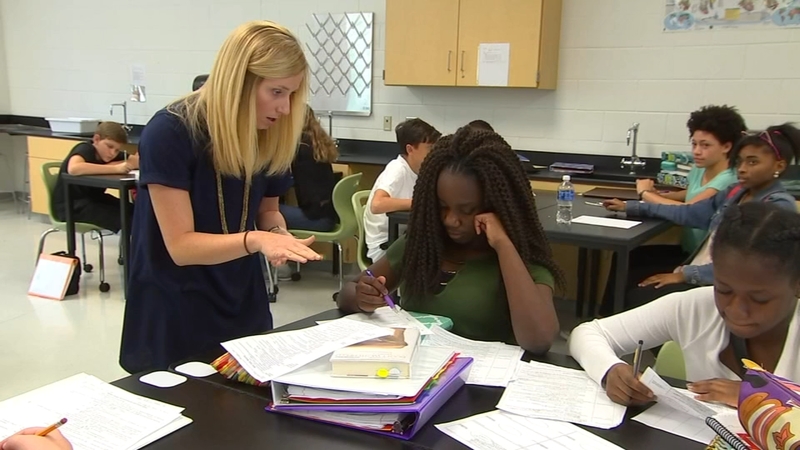 RALEIGH (WTVD) -- Thousands of children will head back to school in a couple of weeks but there are still some holes in schedules while districts try to hire more teachers.

That's why Governor Roy Cooper will chair the Education Cabinet meeting on Wednesday afternoon. Their plan is to discuss a new recruiting initiative called TeachNC.

In the past, advocacy groups have argued North Carolina cannot recruit good teachers because the salaries are too low.

In the wake of that March report, Republicans took credit for the increases saying their leadership was great for teachers. However, critics pushed back saying the numbers were skewed because of who was receiving the raises. The critics did not think the pay raises were fairly distributed to all teachers.