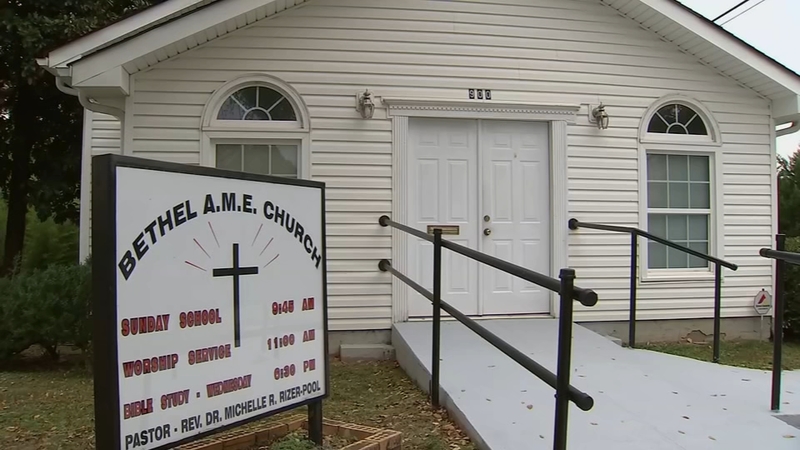 GAINSEVILLE, GA (WTVD) -- A 16-year-old girl planned to kill people at a predominantly black church in Georgia, according to Gainesville Police Department.

The teen, who is white, reportedly collected knives, scoped out the church and even attempted at least once to get inside.

"By the grace of God and by divine intervention, at the time she went to the church there was nobody there, and they weren't having church at the time," Gainesville Police Chief Jay Parrish told WSB.

Church members said they were under the impression that the teen idolized Dylann Roof, the mass murderer responsible for killing nine people inside a church in Charleston, South Carolina.

"We are thankful to God that this plot was stopped before anybody was either killed or injured. It is even more troubling a 16-year-old girl idolized Dylann Roof, who carried out the massacre at Mother Emanuel Church in Charleston, South Carolina," Bishop Reginald Jackson said.

Gainsville investigators said they were able to stop the attack after the girl talked about her plans with some of her fellow high school students.

"Luckily she didn't have any guns or weapons of mass destruction," Parrish said.