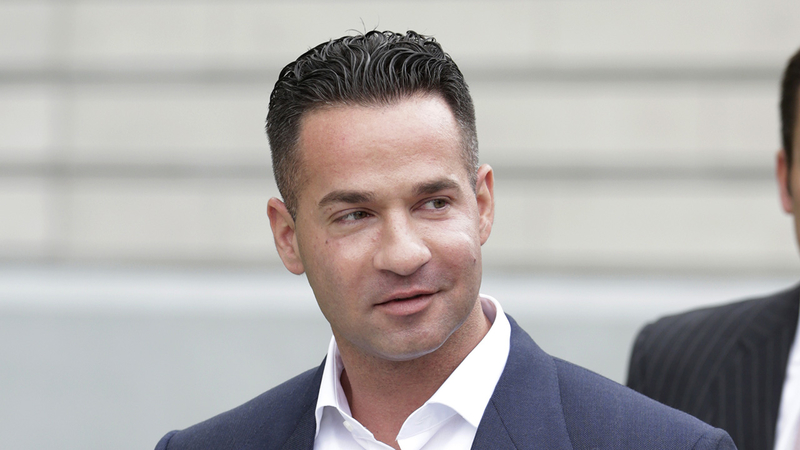 Sorrentino, more commonly known as "The Situation," was released from federal prison in Otisville, New York, Thursday after serving eight months on a tax evasion conviction.

The 37-year-old's publicist said he was released around 8:30 a.m., and the "Dancing with the Stars" alum took to Twitter shortly after his release, writing, "Turn up we free."

Hours later, he posted a picture of Instagram snuggling his wife Lauren and dog Moses. And reality TV aficionados who want more will be happy: "Jersey Shore" cameras have been following him the entire way.

"We are elated to finally close this chapter of our life," Mike and Lauren Sorrentino said in a statement. "Thank you to our family, friends and fans for the continuous love and support during this time, it brought us so much peace and comfort. We look forward to continuing our life as husband and wife and working on baby situations! We truly believe that the comeback is ALWAYS greater than the setback and we can't wait to show the world ours."

The reality TV star and his brother Marc pleaded guilty in January 2018 after being charged in 2014 with multiple tax offenses related to nearly $9 million in income.

Marc was sentenced to two years in prison.

Michael Sorrentino appeared on all six seasons of the show that ran from 2009 to 2012 and followed the lives of rowdy housemates in the New Jersey town of Seaside Heights.

He and other cast members reunited last spring for "Jersey Shore Family Vacation."