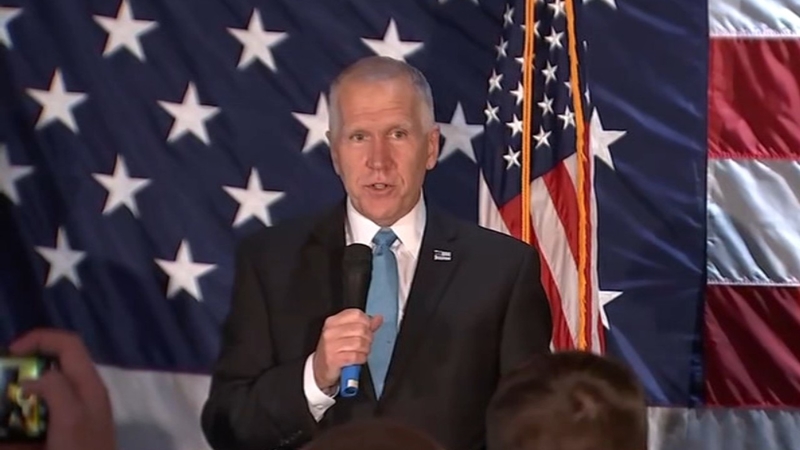 "Next week, I will have surgery in North Carolina to treat prostate cancer. I am in the hands of outstanding medical professionals and expect to make a full recovery. I am blessed that my cancer was detected relatively early, and I can't emphasize enough how important routine screenings are, regardless of how healthy you think you are. I had no symptoms and would have never imagined I had cancer. My prognosis is good because I went to my annual physical and received a PSA test, which led to a biopsy and eventually my diagnosis. Early detection can truly save lives."

Tillis just won re-election to his second term as senator. He came out on top in a close race against Democratic challenger Cal Cunningham.