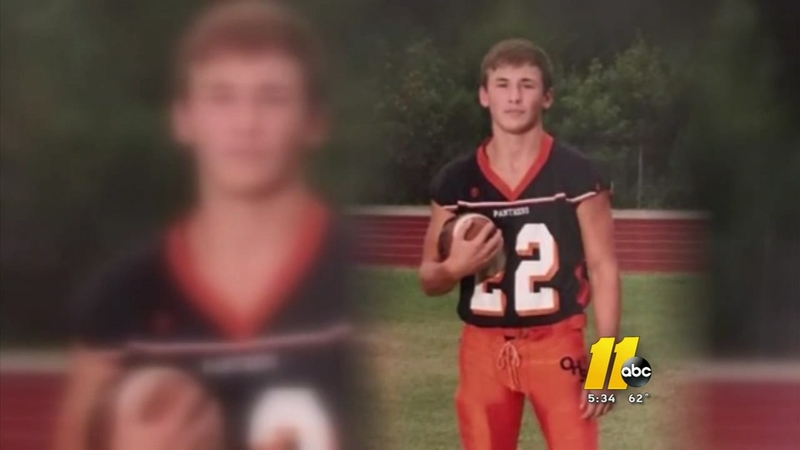 DURHAM, North Carolina (WTVD) -- As 14-year-old Thys Oldenburg underwent his CAT scan Monday morning, his family anxiously wondered what doctors would say. The teenager was lying in a Duke University Hospital bed in a drug-induced coma.

"We wait and we pray," said Cheri Bowers, his aunt.

The Orange High School freshman suffered a severe injury during last Thursday's game against Hillside. Thys was rushed to Duke University Hospital via ambulance where he would later undergo surgery.

She said that after Thys was taken by ambulance, her nephew had to be transferred to another ambulance "to better suit his injury."

As of early Monday afternoon, a GoFundMe created for Thys has reached nearly $10,000.

"Thys is loved by a lot of people and it's a very strong community," said his uncle Rob Bowers. "We're all blessed to be a part of it."

READ MORE: I-Team: How dangerous is football for teens?

Thys' football future is uncertain, but it's far from his family's mind.

"Right now, all we're thinking about is Thys and that's all we're capable of thinking about," his uncle said. "We can't even begin to think about the implications (of Thys playing again) or anything like that."

The family told ABC11 they were waiting for doctors to interpret Thys' CAT scan to determine whether another surgery was needed.

Pediatric nurses at Duke made this banner for Thys' girlfriend.

On Friday, Orange High School will celebrate its homecoming and it's highly unlikely Thys will be able to attend. His girlfriend, however, has plans to still involve him.

"His girlfriend came (to the hospital) and said you better come up with a creative way to ask me to homecoming,' " Cheri Bowers told ABC11 as she recalled the visit. "So the pediatric nurses at Duke made a banner and it said, 'WILL YOU BE MY HOMECOMING QUEEN?' "

His girlfriend has yet to respond.

His teammates on the other hand, helped make a quilt for Thys that lies alongside him at the hospital.