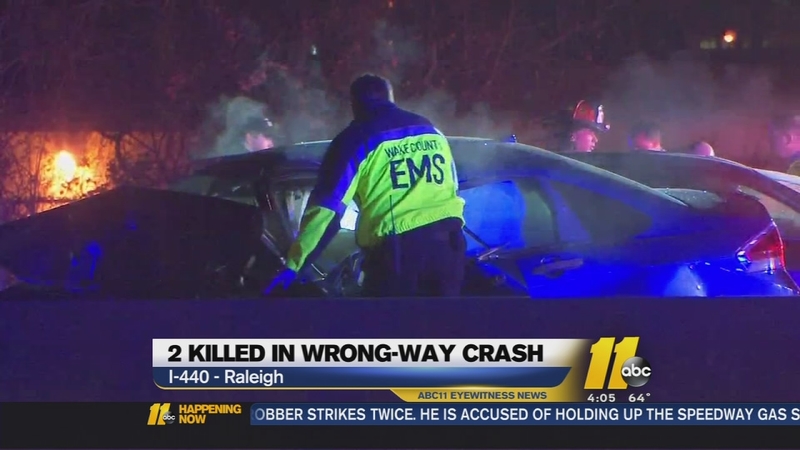 RALEIGH (WTVD) -- A Wilson mother is asking for the community's support, after her son was killed by a suspected drunk driver who was going the wrong way on I-440.

The accident happened Tuesday just before 1:40 in the morning in between New Bern Avenue and Brentwood Road.

"All of the friends who knew Alejandro Mendez, we need your help please. In Alejandro's memory," his mother, Esperanza Gonzalez, said.

Gonzalez, originally from Wilson, was living in Raleigh. He was working two jobs and going to school, family members said.

This 21yr-old killed this morning on 440 in head-on crash. Driver who hit him suspected of drinking #abc11eyewitness pic.twitter.com/sff3fiIVWk

Police say 34-year-old Jesus Galera was driving a 2008 Ford sedan east in the westbound lanes of the Beltline when he collided head-on with a 2002 Honda sedan driven by Gonzalez.

Police believe Galera was driving while impaired. He was arrested in 2003 and charged with DWI.

Galera also died at the scene. No one else was in the vehicles.

Tuesday morning's accident is the latest wrong-way crash on 440. There have been at least three this year.

There has been a dramatic rise in wrong-way crashes. The DOT says since last year, they're up 67 percent.

"It's one of those situations where quite often it ends in tragedy," said NCDOT spokesperson Steve Abbott.

The DOT is now looking to see what other states are doing to improve safety. The agency is trying to figure the biggest trouble spots and deciding where to place technology.

"You can't do it across the whole state right away just because it's going to be so expensive to do," Abbott said.

The department could be installing traffic sensors that would flash lights and notify authorities if a driver gets onto a ramp the wrong way. The DOT is also considering putting tire stoppers, or lowering the warning signs along ramps.

Police aren't sure what ramp Galera used to enter the Beltway incorrectly. But a few motorists took notice before the deadly crash.

One driver called 911 and reported a car going in the "opposite direction."

When asked for a description of the vehicle, the caller said they could not determine that, but "everyone was like honking at him and flashing their lights."