Many Oakwood, Modecai residents concerned about traffic due to road work 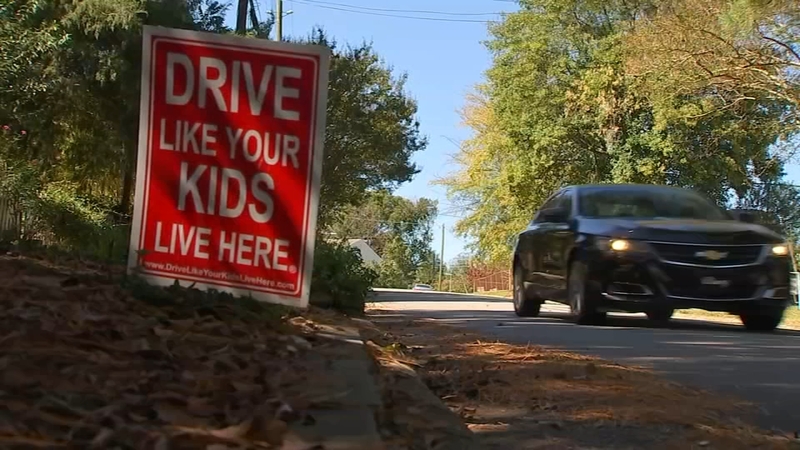 East Raleigh residents concerned about traffic due to road work

RALEIGH, N.C. (WTVD) -- Construction on Wake Forest Road is forcing many commuters to drive through the residential neighborhoods of Oakwood and Mordecai to get in and out of downtown Raleigh.

"It's pretty bad," said Chris Best, of the traffic. "We'll have more car traffic than usual through small neighborhoods with kids and dogs out on the streets."

Best, who lives in Mordecai, stopped walking his dog certain times of the day because of the traffic.

"It's frustrating because the weather is finally really nice," Best said. "It's fall so people want to be out."

Some residents near Wake Forest Road have posted signs reminding drivers to slow down.

Debbie Danuser regularly walks her granddaughter and dog in her neighborhood, close to where cars are now being detoured.

"It's pretty crazy," Danuser said. "You see people, they're not sure they have to stop. They just are flying through the intersection. We've had one car that's been sideswiped already."

The city said the work on Wake Forest Road started as a road resurfacing project but they discovered a sinkhole. Now, they're also fixing underground utilities.

"We took this opportunity to say, OK if we have the road like this rather than just fix this one little spot that we know is broken-let's fix it all and not just do the sewer line," said Ed Buchan, Raleigh Senior Utility Analyst. "The water line is also in need of replacement so let's get that now. It's a little bit of short-term pain for what we would argue is a long-term benefit."

The city said they've gotten feedback from residents and have adjusted signs so the detours are clearly marked.

"We're going to have a nicely, freshly paved road and the water sewer line will be new," Buchan said. "We won't have, hopefully, a water main break here. We won't have a sinkhole here in the future."

Danuser said this is the price of progress.